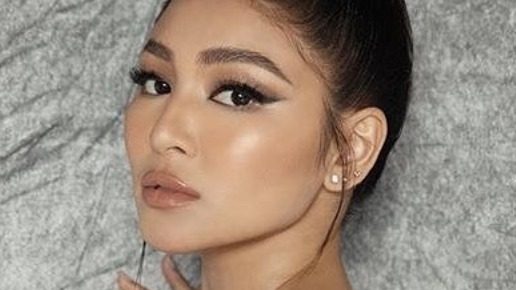 COMEBACK. Nadine Lustre says she is 'totally past the love team phase.'

MANILA, Philippines – Filipina actress Nadine Lustre, who is returning to showbiz after three years off cam, has clarified that she is not looking for any future love team pairings as she gears up for the premiere of Yam Laranas’ horror-thriller movie Greed, where she stars alongside first-time screen partner Diego Loyzaga.

Nadine told ABS-CBN News that she feels like she is “totally past the love team phase” as she looks forward to new kinds of projects, but also believes “that it’s something a lot of celebrities really go through.”

“It’s not a bad thing, though. A love team is a partnership. If you’re in a love team, you pull each other up. It’s really team work. Feeling ko (I feel that) I’m already past that. When you reached this age, feeling ko wala ng (I feel that there shouldn’t be a) love team,” she added.

Nadine rose to fame with her reel-to-real partner, actor and singer James Reid, after being paired for the first time in Diary ng Panget back in 2014. After multiple films and series together, the highly followed JaDine love team decided to go their separate ways in January 2020.

Aside from wanting to go solo with her career, Lustre also expressed interest in doing films or projects outside the romance genre.

“Alam na ng mga tao kung paano ako sa (People already know how I am with) love stories,” she expressed. “I think it’s time for me to do other genres.”

When Greed was pitched to the actress, she felt excited about doing something different.

“When Boss Vic (del Rosario of Viva) and Direk Yam pitched this Greed project to me, sobrang na-excite ako. Ang saya ko din. (I got really excited. And I was happy.) Finally, the project is no longer romantic comedy or drama. Horror-thriller ang Greed, so very exciting din for me (Greed is a horror-thriller, so it’s also very exciting for me),” Nadine said.

Before the project, Nadine had been focusing on her music under James’ record label, Careless Music, and released an all-original, 12-track album, Wildest Dreams, in October 2020, in time for her 28th birthday. She also stayed in Siargao for a while amid the pandemic.

Greed is scheduled to premiere on March 16 on Vivamax Plus, and on April 8 on Vivamax. The movie follows the story of a couple who wins the biggest lottery jackpot and attempts to make a quiet exit from their sleepy town, except things don’t go as planned.

“Definitely, I can finally say na tuloy-tuloy na ‘to,” she said. “Of course, gusto ko na talagang bumalik sa acting scene.” (I can definitely say that this is just the start. Of course, I really want to return to the acting scene).

“This is really something that I enjoyed doing. I’m really happy because this time around, everyone is really trying to make an effort into changing the genres and the stories that are being given to me.”

Nadine went through a legal battle with Viva Artist Agency after announcing she would be terminating her contract in January 2020. In December 2021, the issue was resolved, with Nadine’s lawyers sharing that both parties “have settled their issues under terms that are fair and mutually beneficial.”

Euna Regaspi is a Rappler intern under the Lifestyle & Entertainment section.