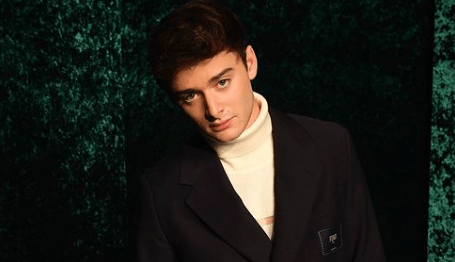 Facebook Twitter Copy URL
Copied
'I'm more similar to Will than I thought,' the 18-year-old actor who plays the closeted Will Byers on the show writes on TikTok

MANILA, Philippines – Noah Schnapp, the 18-year-old actor behind Stranger Things character Will Byers, has come out as gay.

On Thursday, January 5 (US time), Noah released a TikTok selfie video with the text: “When I finally told my friends and family I was gay after being scared in the closet for 18 years and all they said was ‘we know.’” He was seen lip-syncing to the audio of the clip, which said: “You know what it never was? That serious. It was never that serious. Quite frankly, will never be that serious.”

I guess I’m more similar to will than I thought

Noah’s caption to the TikTok was, “I guess I’m more similar to Will than I thought.”

In July, Noah revealed Will Byers’ sexuality in the series, confirming that he does love his best friend Mike Wheeler (Finn Wolfhard) and it is “100% clear that he is gay.” Speculations arose, especially after the queer narrative was made more apparent in season 4, particularly during the iconic emotional van scene between Mike and Will.

“It was always kind of there, but you never really knew, is it just him growing up slower than his friends? Now that he’s gotten older, they made it a very real, obvious thing,” Noah said.

‘He does love Mike’: Noah Schnapp confirms Will Byers’ sexuality Since the show’s debut in 2016, fans have been discussing Will Byers’ sexual orientation and the likelihood that ByLer, the ship name for best friends Will and Mike, will be canon. Noah admitted that the Duffer brothers have been deliberately giving small hints throughout the show so they could tie it nicely within the main storyline.

“I think it’s done so beautifully, because it’s so easy to make a character just like all of a sudden be gay. They are writing this real character and this real journey and real struggle, and they’re doing it so well,” Noah said. – Rappler.com