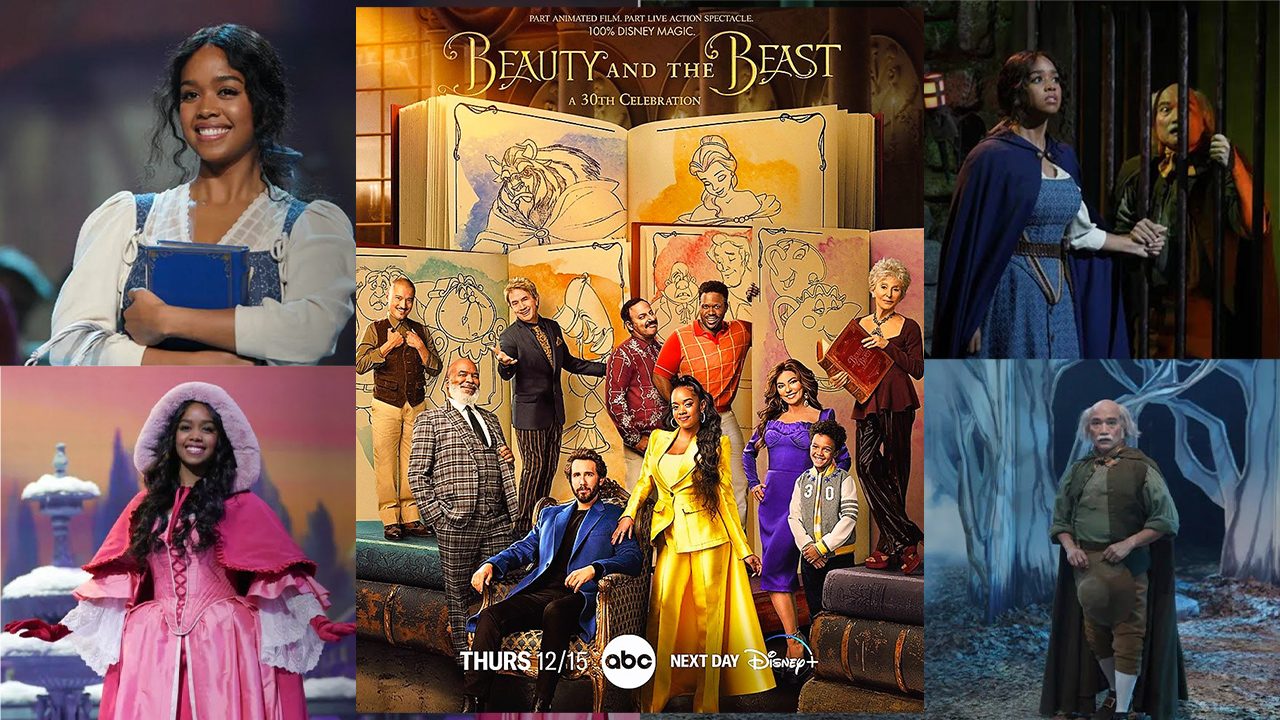 Facebook Twitter Copy URL
Copied
The casting of two Filipino-Americans – Jon Jon and H.E.R. as Maurice and Belle – speaks volumes about the diversity of the TV special

LOS ANGELES, CALIFORNIA – “Classic Disney stories have always been very white, but to see H. E. R., Joshua Henry, David Alan Grier, Rizwan Manji, and myself being part of this story is a big deal,” Jon Jon Briones said about the diverse casting of Beauty and the Beast: A 30th Celebration, premiering on December 15 on ABC and streaming the next day on Disney+.

The TV special marks the milestone of Beauty and the Beast, the first animated movie to be nominated for the Oscars’ Best Picture in 1992 and which won three Golden Globes: Best Motion Picture – Comedy or Musical, Best Score (Alan Menken), and Best Song (“Beauty and the Beast” by Menken and Howard Ashman).

The casting of two Filipino-Americans – Jon Jon and H.E.R. as father and daughter – speaks volumes about the casting diversity of the TV special. The role was offered to Jon Jon – he did not have to audition.

“To be playing a character in a classic Disney story is on another level,” continued Jon Jon, who broke through as The Engineer in the West End and Broadway productions of Miss Saigon, and went on to score TV and film credits, including Ratched and The Assassination of Gianni Versace: American Crime Story.

The actor added in our e-mail interview, “To me, seeing representation onscreen is like seeing doors being opened and being invited inside. Doors to once-exclusive clubs where people only look a certain way.”

“Disney has always been molding young minds through its stories. If young people of color can see themselves in a story like Beauty and the Beast, it’s a special thing.”

On a side note, several Filipinos on social media claimed that the red script on H.E.R.’s skirt costume as Belle in a scene (in a preview photo released by ABC) is baybayin, the pre-colonial Philippine script.

“I remember really enjoying the movie but the thing that really stood out for me was the music,” said the Quezon City-born actor. “Alan Menken’s songs and Howard Ashman’s lyrics were beautiful and exciting which really made the movie more amazing.”

“I don’t remember the character Maurice very much because we don’t really see a lot of him in the animation but he’s obviously very important to the plot. He was the reason Belle went to the castle. He was imprisoned by the Beast. She eventually fell in love with the Beast.”

On the elaborate process of filming a two-hour special which blends live-action and animation, the musical stage veteran explained, “We performed in front of a live audience but it was taped. We had a few takes for every scene which I think is better in eliminating mistakes that can happen during a live performance.”

“It is a very complicated show to mount. Disney hired the best people to get this done. I’m very confident that people will love the show.”

Asked if he gets to perform a song, the 2015 Laurence Olivier Award nominee for Best Actor in a Musical answered, “I would have loved to have a song but unfortunately, our version is more faithful to the animation. The live-action movie (2017, with Emma Watson as Belle) had Kevin Kline playing Maurice.”

Jon Jon quipped, “I think it takes a Kevin Kline to get a song.”

He clarified, “In the last few lines of the finale, I did sing.”

I also asked Jon Jon if he had a chance to talk to Rita Moreno about her Philippine connection. She shot movies in the Philippines in the early 1960s.

While she was filming there, Moreno had a gown made by the late Pitoy Moreno, which she wore to the 1962 Oscars where she won Best Supporting Actress for West Side Story. More than 50 years later, she wore the same gown again to the Oscars and made fashion headlines. Now, the iconic gown is at the Academy Museum. Jon Jon replied, “I only saw and met Rita Moreno on the last filming day. We were standing together during the last number. There was really no time to have a conversation with her.”

“But I was able to thank her for representing people of color for a very long time now, especially during a time when it was always a struggle for artists like her. She is a beautiful human being.”

Jon Jon’s other coming credits include The Last Voyage of the Demeter, Andre Øvredal’s film adaptation of “The Captain’s Log,” a chapter in Bram Stoker’s novel, Dracula. – Rappler.com