Paolo Contis speaks up on breakup with LJ Reyes 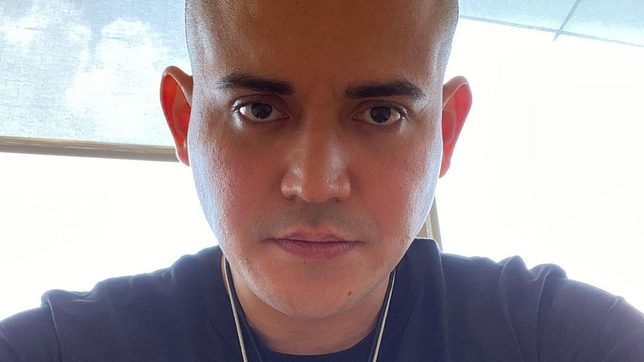 PAOLO CONTIS. The actor opens up about his split with LJ Reyes.

Facebook Twitter Copy URL
Copied
The actor addresses various issues that have come up about him – including rumors of drug use, a third party, and his relationship with Yen Santos

Paolo Contis has spoken up on his breakup with LJ Reyes, addressing various issues that have come up since the actress opened up about their split.

In an Instagram post on Wednesday, September 8, Paolo said he has received a lot of backlash and criticism since LJ’s interview with Boy Abunda on September 1.

“I can’t say I don’t deserve it kaya tinatanggap ko lang ito (so I just take it),” he said. He explained that while he would rather stay silent, he is choosing to speak up because other people are affected.

He then enumerated the various issues that have come up about him, beginning with rumors that he takes drugs and hurt LJ and her kids because of it – a rumor he denied.

“This is NOT true. Minahal at inalagaan ko sila (I loved and cared for them). I never laid a finger on them,” he said.

Paolo and LJ have a two-year-old daughter, Summer, and he has also grown close to Aki, LJ’s 11-year-old son with actor Paulo Avelino.

Paolo went on to address speculations that a third party was involved in their breakup, vaguely admitting that he hadn’t been entirely faithful throughout his relationship with LJ. (READ: Paolo Contis and LJ Reyes’ relationship: A timeline)

“Aaminin ko, naging marupok at gago ako sa ilang taon naming pagsasama (I’ll admit, I’ve been weak and an asshole in the years that we were together). I’m not proud of it. For that, I’m sincerely sorry. I’m truly ashamed of my actions,” he said.

He denied, however, that his A Faraway Land co-star Yen Santos was the cause of his and LJ’s split – though he confirmed that it was Yen that he was spotted with in Baguio, and that he invited her there for a day because she was nearby.

“She went there as a friend. Hindi ko naisip na madadamay siya ng ganito (I didn’t think she’d be affected like this). I’m sorry for this,” he said.

He also defended his manager, Lolit Solis, saying that it was natural that she defends him. He apologized and thanked her, along with entertainment reporter Cristy Fermin, who covered Paolo and LJ’s breakup.

Addressing LJ’s move to the United States with Summer and Aki, he said “I was very clear to LJ when I told her I want to see and take care of Summer kahit hindi kami okay (even if we aren’t okay). But I understand and respect her decision to go to the States muna (first).”

(I hope one day we can talk properly, for the kid. There are so many things to discuss, but that’s between me and LJ, and I hope you respect that.)

In the second part of his post, Paolo apologized to everyone involved, including his ex-wife Lian Paz and their two kids, his mother, and his team.

He especially apologized to Summer, Aki, and LJ.

“To Summer, I’m sorry my Ganda. I love and miss you so much. Papa will do his best to be better. I will always be here for you. I promise. To Aki, I wish I could’ve done things differently and listened to you more. I’m sorry I failed you. To LJ, I’m very sorry. For everything. Sa lahat lahat (For everything),” he said.

Paolo ended his post by saying he will learn from what happened and “will work on making myself a better person.” He asked for privacy, and told people to direct all hate and criticism to him.

Paolo and LJ were together for six years, though LJ said that he had been distant from her and their family since late 2020.

People first caught wind of their relationship troubles when Paolo deleted all photos of LJ from his Instagram feed, and unfollowed people on the platform.

LJ flew to the US in August, to distance herself from Paolo. – Rappler.com