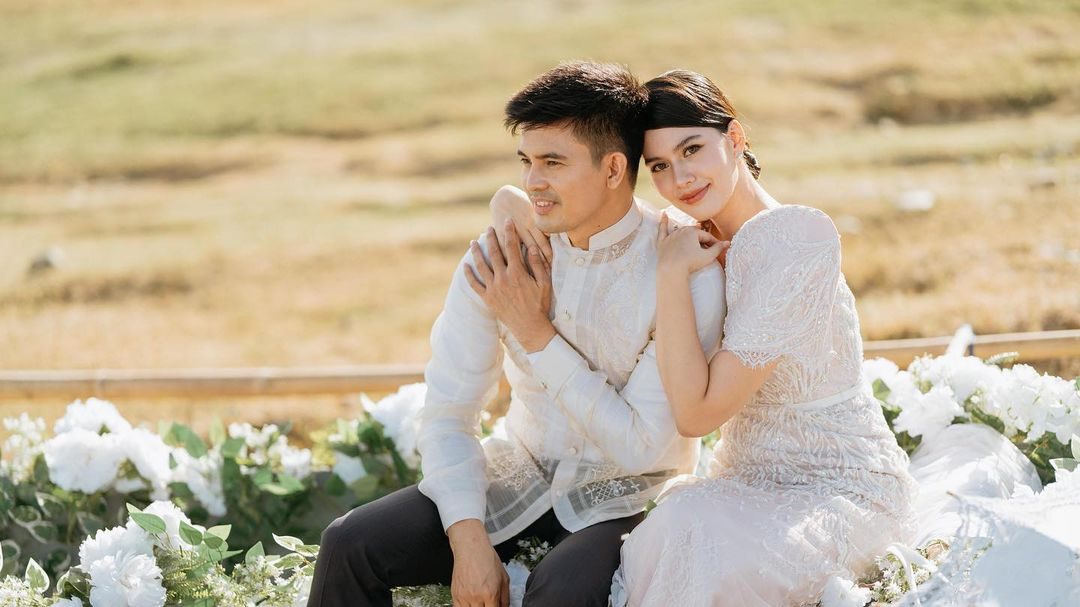 The photos released on Tuesday, August 16, sees Jason in a barong while Vickie is clad in a white Filipiniana, both of them sitting before the Pantabangan Dam in Nueva Ecija.

Jason, who won a seat as a board member in the second district of Nueva Ecija in the May 2022 elections, wrote in the caption a history of the Pantabangan Dam, inviting netizens to visit their hometown.

Jason and Vickie announced their engagement in June, disclosing that they had been engaged since September 2021. The two met in 2010 and have been together for 10 years.

Vickie entered showbiz as a former Pinoy Big Brother housemate, and eventually tried her stint in pageantry. She placed first runner-up in the Binibining Pilipinas 2018 pageant, and finished as part of the Top 15 in the 2019 edition.