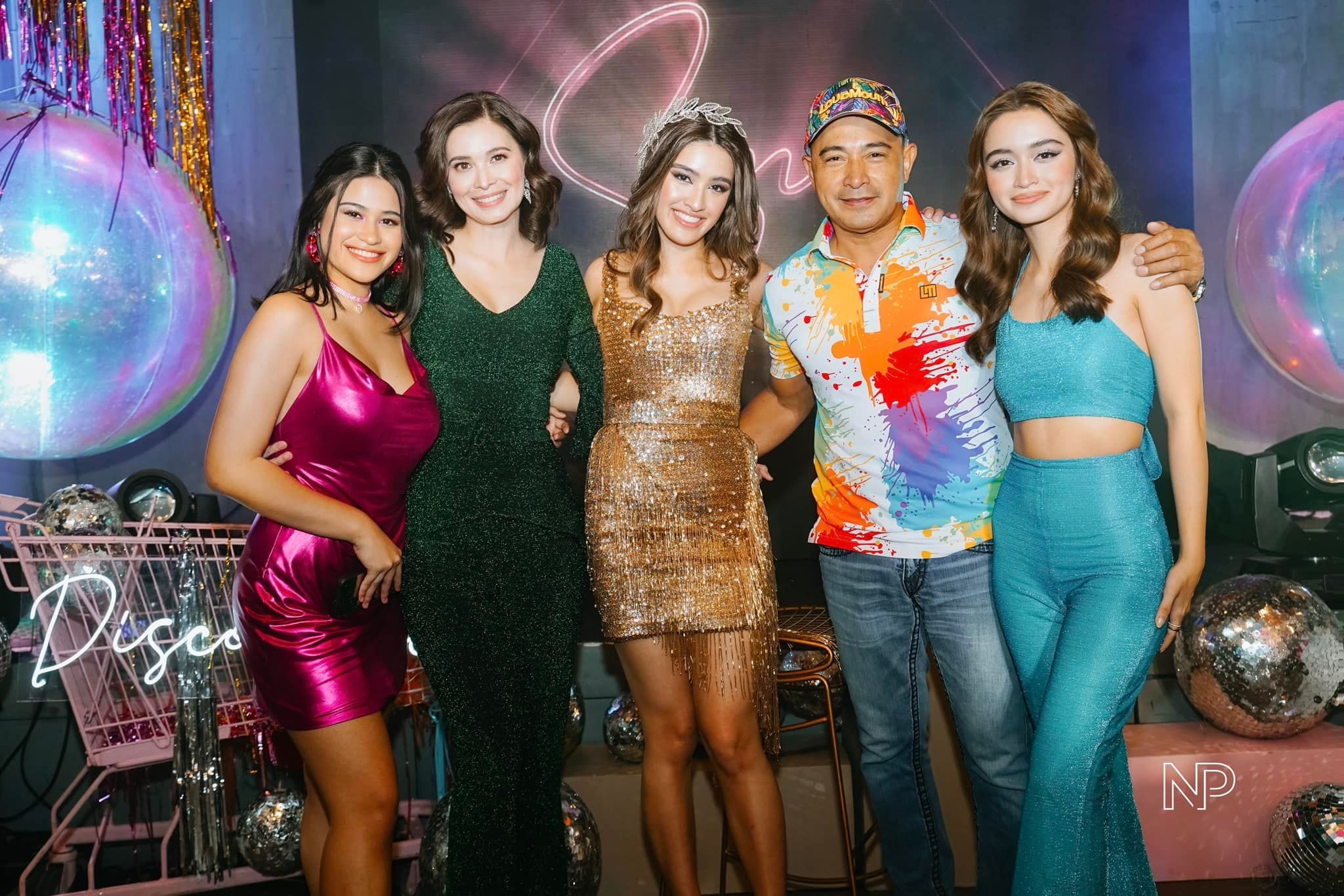 The actress on Sunday, August 27, shared snaps from Sam’s retro-themed debut and netizens were quick to notice that Sunshine’s ex-husband Cesar was present at the party. Also seen in the group photo were their two other daughters, Angelina and Chesca, Cesar’s son with Teresa Loyzaga Diego, and Sunshine’s boyfriend Macky Mathay.

Fellow celebrity friends such as Karla Estrada, Sherilyn Tan, and Ruffa Gutierrez also shared their happiness in seeing the family’s reconciliation, with Teresa even writing, “No words can explain. Nothing is impossible. Prayers are heard so never cease.”

In a separate post, Sunshine shared more photos of her and her daughters posing with Cesar. “It was a fun-filled and memorable night for the family,” she said.

In an interview with Star Magic, Sam said that this was the first time for her parents to see each other again after so long: “It’s just great that everyone’s so civil and everyone is just getting along.”

Sam also disclosed that it was only earlier this 2022 that they started patching things up with Cesar, adding that she and her siblings even met her dad’s new partner and their children. “God has given us another chance to build a relationship with our dad,” she said.

In March, Sam’s half-brother, actor Diego, also opened up about his own reunion with Cesar. “Seven years is a long time for a son not to see his father. After seven years, after mistakes, God made a way to bring us together again,” he wrote then.