Lloyd Cadena and his constant acts of kindness

Lloyd Cadena may have started his channel on the back of his wacky antics and his seemingly effortless ability to make people laugh. But it was his kindness, more than his comedy, that truly impressed people and endeared him to the internet – a decidedly tough-to-please audience that tires of (or cancels) their superstars as quickly as they thrust them in the spotlight.

Lloyd’s death at age 26 left the internet in mourning after it was announced on Friday, September 4. For 10 years, Lloyd maintained two channels and regularly released content, while managing the small internet miracle of not becoming self-righteous, self-absorbed, or self-important.

Instead of spouting platitudes in front of a camera, Lloyd took a show-don’t-tell approach to righteousness. He took viewers through his do-good process in the same way beauty vloggers do makeup how-tos. His kindness was always on show, but it never seemed to be for show.

An August 21 video on his main channel followed Lloyd as he went around his neighborhood and distributed tablets to students from his former school La Huerta Elementary, who needed the tablets for distance learning. As Lloyd made the rounds, he spoke to each kid and encouraged them to stay in school, all while firing joke after joke.

The kids thanked their “Kuya Lloyd.” One of them even recited a poem about how the YouTuber inspired him: “Ang magandang gawain mo, tutularan ko (I will emulate your good deeds).”

That wasn’t the first time Lloyd reached out to La Huerta students – through the years, he had given them food packs, school supplies, and toys, helping pack the goods himself and delivering them personally, of course, with a dose of fun and laughter.

In a video from last Christmas, Lloyd went out on to the streets of Baguio and gave random strangers P1,000.

In one of the most popular videos on his main channel, he brought some of his neighbors and friends to a nearby minimart and paid for everything they could carry from the shelves. He egged them on as they browsed the shelves and encouraged them to keep taking. He paid for all their goods, and even gave them the change.

Posts of those who mourned him after his death tell us that Lloyd’s open and constant kindness wasn’t just for clout or views.

Internet star Macoy Dubs, a friend of Lloyd’s from college, was in tears as he said of Lloyd, “Deserve niya lahat ng success niya kasi napakabuti niyang tao (He deserves all his success because he is such a good person).”

Michelle Dy, a beauty vlogger who has been on the receiving end of internet hate for various reasons, took to Instagram to express her grief at the loss of her beloved friend.

“Lord why did you take away the only one I had…” she said in an Instagram story, sharing how Lloyd would always be the first one to text her whenever she was going through something online or offline.

“As simple as ‘I love you’ – 'yan ang una niyang text (that would be his first message) and after that, he will save me. He will save the day,” she said.

Perhaps his most enduring act of kindness was to make his mother’s dream of having a home come true. In the last video published on his second channel on August 26, he shared an update on the new house he had bought for his mother, explaining that he decided to do so because she would be retiring soon and he wanted her to experience what it was like to have her own house.

The internet can be a toxic, depressing place, but with one Lloyd Cadena, it didn’t seem so bad. He gave many of his fans a reason to laugh, but more importantly, a reason to believe that there is still some good in the world. – Rappler.com 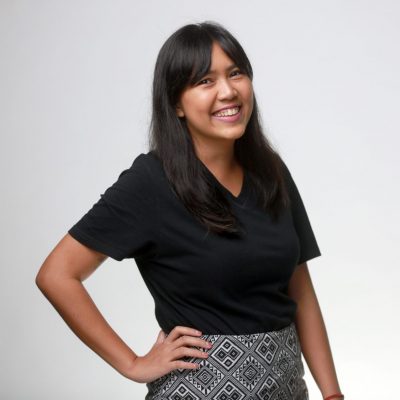