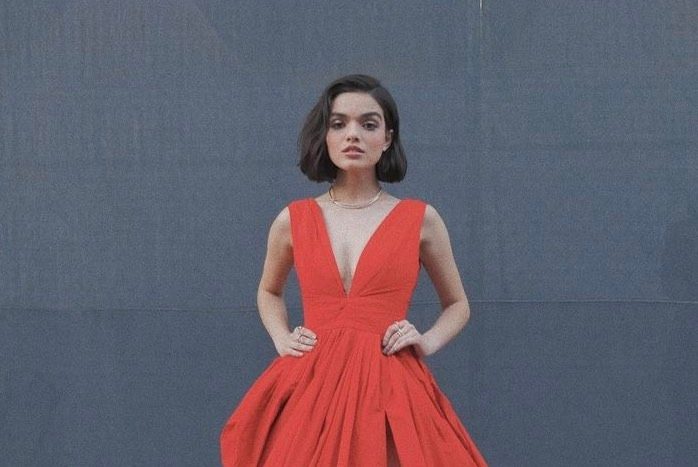 Facebook Twitter Copy URL
Copied
Zegler will be joining Tom Blyth, who was earlier announced to be playing the young Snow

MANILA, Philippines – West Side Story breakout star Rachel Zegler has joined the cast of The Ballad of Songbirds and Snakes, the highly-anticipated Hunger Games prequel, as the lead female role of Lucy Gray Baird.

Zegler will be joining Billy the Kid star Tom Blyth, who was earlier announced to be playing the young Coriolanus Snow. She first sparked speculation about her casting after posting a cryptic tweet, with eagle-eyed fans pointing out that the first letter of each word in her tweet spells out the main character’s name, Lucy Gray Baird.

Based on the Suzanne Collins’ 2020 novel, The Ballad of Songbirds and Snakes is set decades before the events in the Hunger Games trilogy, and instead centers on an 18-year-old Snow before he became the tyrannical President of Panem.

In the novel, Snow was alarmed when he was chosen to mentor Baird, the female tribute from the impoverished District 12, during the 10th Hunger Games. But, after Braird caught everyone’s attention by singing during the reaping ceremony, Snow now believes that he can turn the odds in their favor and win the game.

“When you read Suzanne’s book, Lucy Gray’s emotional intelligence, physical agility, and fiercely powerful, determined singing voice shine through, Rachel embodies all of those skills – she is the perfect choice for our Lucy Gray,” Nathan Kane, president of Lionsgate Motion Picture Group, said in a statement, according to Deadline.

Director Francis Lawrence, who also directed three of the four Hunger Games movies, praised Zegler’s casting: “Lucy Gray is a perfect match for her as an actress: the character is bold, independent, and defiant, but also vulnerable, emotional, and loving. Rachel will make this character unforgettable.”

The Ballad of Songbirds and Snakes is set to premiere on November 17, 2023.

Zegler is next set to appear in DC Comics’ Shazam! Fury of the Gods, and Disney’s live-action of Snow White.  – Rappler.com