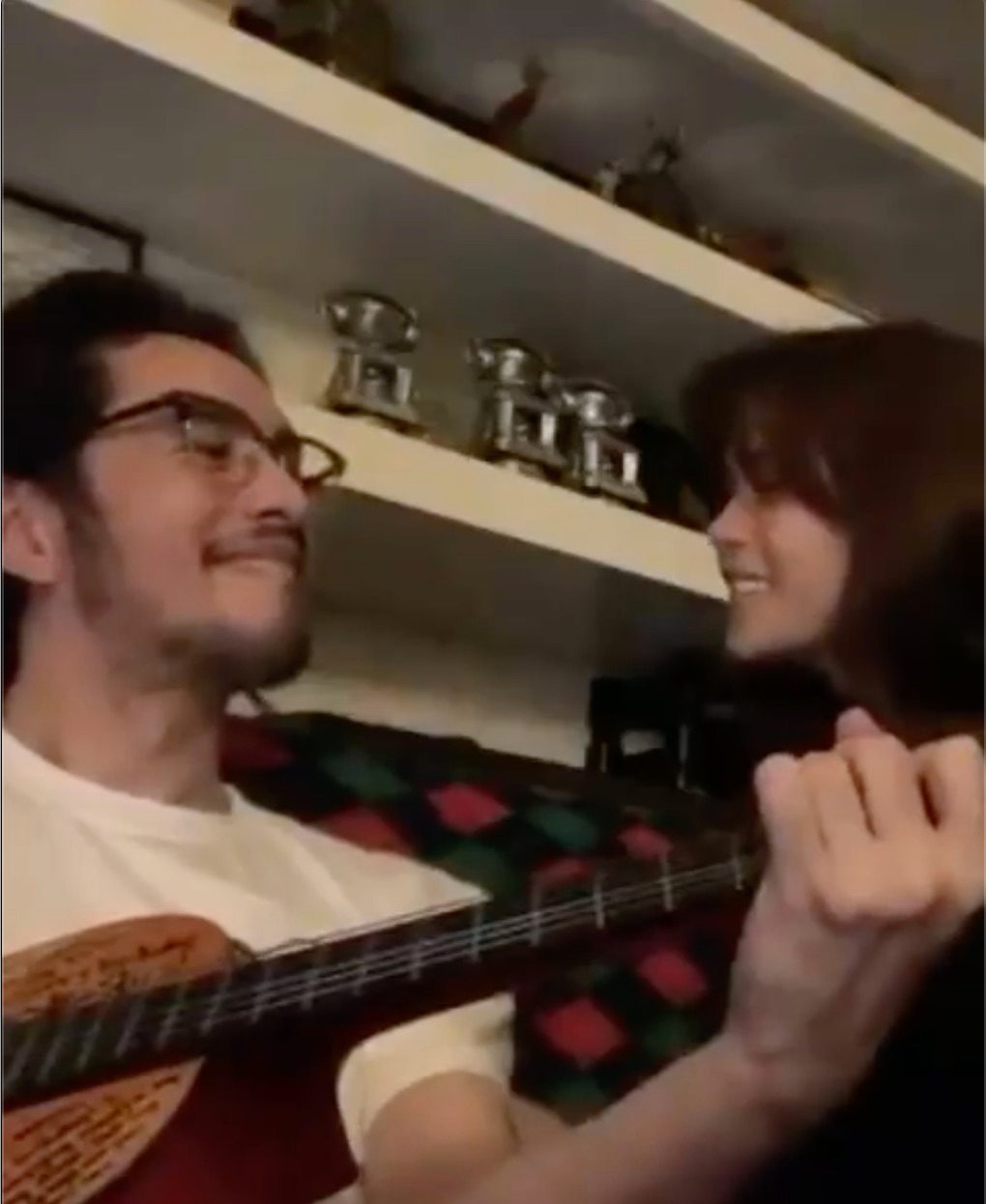 DUET. Rico Blanco and Maris Racal sing 'Brighter than Sunshine' together in a video that has sparked relationship rumors.

Maris Racal and Rico Blanco trended on Twitter on Wednesday, March 17, after Maris posted a birthday greeting for Rico on her Instagram.

In the post, Maris shared a black and white photo of Rico, as well as a video of the two of them singing Aqualung’s “Brighter than Sunshine,” specifically the song’s chorus that goes: “What a feeling in my soul/ love burns brighter than sunshine/ Let the rain fall I don’t care/ I’m yours and suddenly you’re mine”

The post and Rico’s response have led many to assume that the two are in a relationship, with many pointing out that their chemistry in the video was undeniable.

Even their contemporaries in the entertainment industry reacted to the post, with host Bianca Gonzalez saying in the comments “Aaaaw. Cute niyo (you guys are so cute)” and director Antoinette Jadaone saying “Akala ko may kiss sa dulo ihhhhhh (I thought there would be a kiss at the end).”

Veteran songwriter Rico Blanco first rose to fame in the ’90s, as the frontman and chief songwriter of rockband Rivermaya. Maris is known for being the runner-up to Daniel Matsunaga in Pinoy Big Brother: All In in 2014. She starred in several films and TV shows before placing focus on her music career.

The two first worked together for Maris’ 2019 song “Abot Langit,” with the collaboration coming about after Rico replied to Maris’ tweet looking for people to work with her on her songwriting.

Rico, who now runs his own record label Balcony Entertainment, later produced Maris’ 2020 songs “Not For Me” and “Kahit Na Anong Sablay.”

The two have yet to comment on the relationship rumors. – Rappler.com