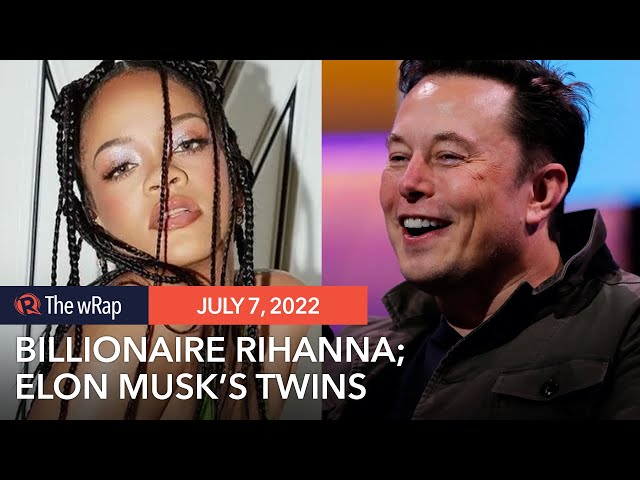 MANILA, Philippines – Rihanna is celebrating a new milestone again, shortly after becoming a mom – the Barbados-born pop star is now officially the youngest self-made female billionaire, with a net worth of $1.4 billion (P78 billion), according to Forbes.

As per a profile by Forbes on Wednesday, July 6, the 34-year-old singer ranked 21st on the publication’s 2022 America’s Richest Self-Made Women list.

“Rihanna, Barbados’ most famous export, is a billionaire thanks to the success of cosmetics line Fenty Beauty,” the profile reads. Although Rihanna is most famous for being an award-winning recording artist, Forbes reports that her stake in the fast-growing cosmetics company comprises the majority of her fortune.

Fenty Beauty, which she co-owns with French luxury retailer LVMH, generated more than $550 million in revenue in 2020. Meanwhile, she has a 30% stake in the Savage x Fenty lingerie line, which valued at $1 billion in February 2021. Her high-fashion clothing line also called Fenty “didn’t do well” and stopped operations in February 2021.

Aside from her wealth ranking, Forbes gave the “Diamonds” singer a self-made score of 10, which means that she built her company and established her fortune on her own. According to Forbes, the self-made methodology measures how far each billionaire has climbed to make it to the top. To get a perfect 10, one must have been “born into poverty or the lower-middle class, and faced adversity such as abuse, being left an orphan, or forced to work low-paying jobs.”

In the 2022 list, Rihanna is the only female billionaire below 40, making her America’s youngest, snatching the title from Kylie Jenner. Jenner got the title in March 2019 at the age of 21 but in May 2020, Forbes dropped her from the billionaires’ list. She now ranks 41st with a net worth of $600 million (P33 billion).

Robyn Rihanna Fenty is the first person from Barbados to make it to Forbes’ list. In 2021, the magazine declared her the richest woman musician in the world. – with reports from Elle Guison/Rappler.com