Facebook Twitter Copy URL
Copied
After being 'turned away' at the Hermes store, Sharon 'bought everything' in Louis Vuitton instead

MANILA, Philippines –  Sharon Cuneta shared that she was “turned away” from an Hermes store during her recent trip to South Korea.

In a vlog uploaded on Friday, September 30, Sharon shared some clips from her recent vacation in Seoul, South Korea, where she was seen trying some Korean food and buying K-pop merchandise.

The Megastar also went on a shopping spree in Seoul’s fashion hubs. However, Sharon disclosed that she was barred from entering an Hermes shop, where she initially wanted to purchase a belt. 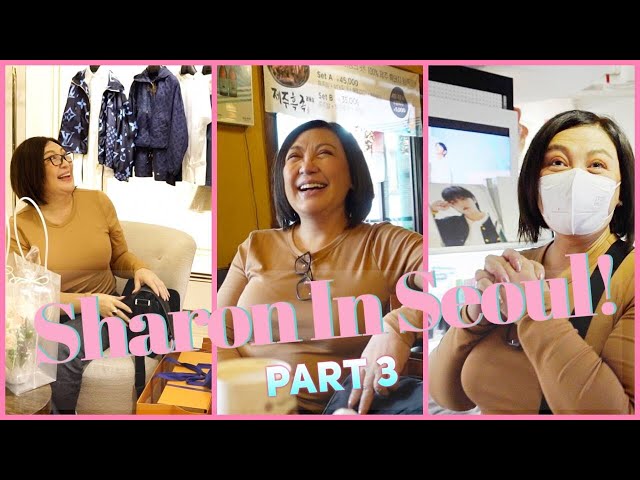 “Nagpunta lang ako dito para bumili ng sinturon sa Hermes. Ayaw ako papasukin (I just went here to buy a belt from Hermes. But I wasn’t allowed to go in),” she said in her vlog. Sharon did not go into detail about the incident, but she included a clip of her talking to a staff of the boutique. “Turned away at the Hermes store,” she wrote in the caption of her vlog.

Carrying her handful of Louis Vuitton purchases, Sharon and her companions passed by the Hermes store again and told the staff: “See, I bought everything.”

Following the incident, Sharon also included a clip from the film Pretty Woman, where Julia Roberts’ character told the saleswoman who discriminated against her that it was a “big mistake.”

This isn’t the first time that Sharon experienced being turned away while shopping at a luxury store abroad. In her 2019 guest appearance in Tonight With Boy Abunda, Sharon disclosed that this happened to her at least three times – one being at the jewelry store, Cartier, in Hong Kong. The actress recalled that while wearing a plain shirt and jeans, she inquired about an item, but was refused to be attended by a sales representative. – Rappler.com