LOOK: Sharon Cuneta in tears as she fangirls over SHINee’s Key In a photo shared by her daughter Kakie Pangilinan, Sharon was seen doing a heart gesture with her arms and getting teary-eyed while fangirling over Kim Ki-bum, more popularly known as Key of K-pop group SHINee.

“Kim Ki-bum, [ikaw] lang ang nagpapaiyak ng mama ko na ganto (You’re the only one who can make my mom cry like this),” she captioned the tweet.

The Megastar reposted the photo and emphasized that Key is, so far, the only K-pop personality who’s made her this emotional: “Nakakahiya man pero SHINee (this time si Key pa lang) ang nakakakapagpaiyak sa akin nang ganito (It might be embarrassing but it’s only SHINee, this time it’s only Key, who made me cry this much).”

She added that after meeting K-pop boy group NCT 127 back in 2019, she’s now looking forward to meeting their fellow SM Entertainment groups SHINee and EXO. “I was so happy when I got to meet NCT 127, but I will cry buckets if all of SHINee comes. And possibly EXO too (especially D.O.),” she said.

Sharon also shared a photo of her sitting with her children in the audience while holding lightsticks and photocards, and a video of herself entering the venue proper while being cheered on by fellow Filipino K-pop fans.

“Upon entering the Coliseum from backstage tonight (Nope, we didn’t see Key or NCT Dream there). Thank you, fellow K-pop fans! I felt like I was with friends,” she wrote.

The Megastar has always been vocal about her love for Korean entertainment, especially her admiration for SHINee. In several vlogs, the actress has opened up about discovering several K-pop groups and even showed off her K-pop albums, photocards, and other merchandise. 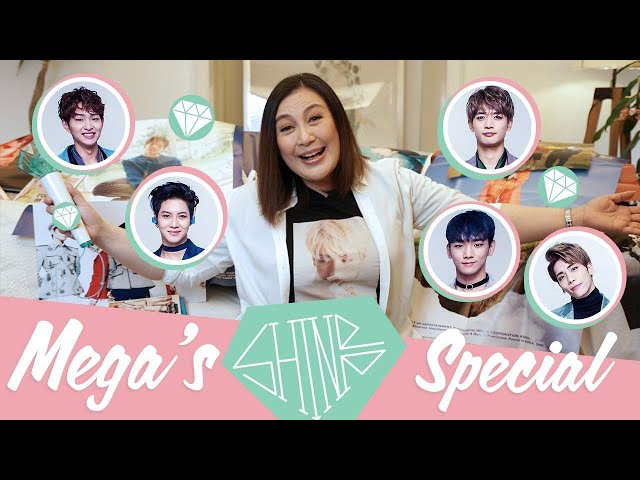 The Begin Again concert is the first concert in Manila headlined by K-pop acts since the pandemic started. Aside from SHINee’s Key, groups NCT DREAM, ALICE, and WEi also performed. – Rappler.com