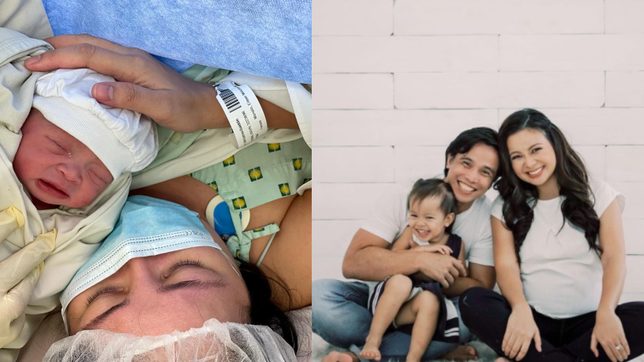 MOM OF TWO. Singer Sitti Navarro has given birth to her second child.

Sitti Navarro has given birth to her second child with husband Joey Ramirez.

In an Instagram post on Friday, September 24, the 36-year-old singer introduced her daughter, Osseah Lucille. Sitti said Osseah was born on September 23.

Sitti revealed that aside from being diagnosed with antiphospholipid antibody syndrome (APAS), she also faced a cancer scare, underwent an open surgery while being pregnant during a pandemic, and eventually delivered Osseah via an emergency cesarean section.

APAS, as defined by MedicineNet, is a “disorder of the immune system that is characterized by excessive clotting of blood and/or certain complications of pregnancy and the presence of antiphospholipid antibodies in the blood.”

She wrote, “Thank You, Father God. There is truly only one thing to say and that is to thank You. Our journey has not been the easiest but You have guided and delivered us every step of the way.”

Sitti announced her pregnancy in April 2021, calling it “another miracle.” Sitti and husband Joey married in 2015. They welcomed their first child in 2018. – Rappler.com