SONGWRITER. Taylor Swift fires back at Damon Albarn for claiming she doesn't write her own songs. 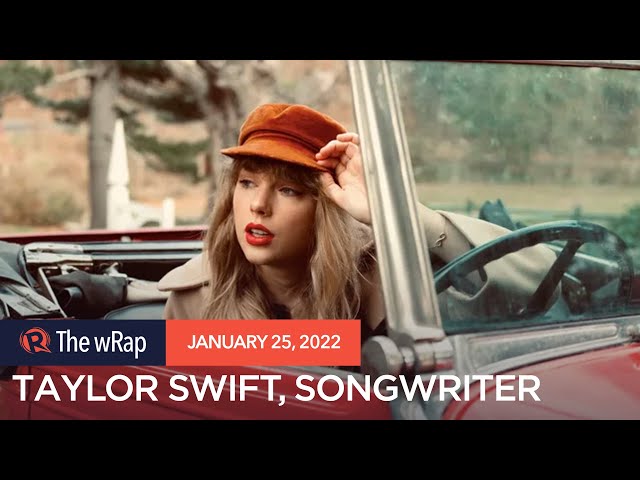 MANILA, Philippines – Taylor Swift fired back at Blur frontman Damon Albarn for saying in a Los Angeles Times interview that she doesn’t write her own music.

“I was such a big fan of yours until I saw this. I write ALL of my own songs. Your hot take is completely false and so damaging,” Swift said in a tweet on Tuesday, January 25. The singer requoted a snippet of the interview and tagged Albarn’s account.

She continued, “You don’t have to like my songs but it’s really fucked up to try and discredit my writing. WOW. PS. I wrote this tweet all by myself, in case you were wondering.”

Swift’s response came after the Los Angeles Times posted their interview with Albarn. In it, writer Mikael Wood asked about Albarn’s thoughts on modern musicians, while mentioning Swift as an “excellent songwriter,” to which Albarn replied, “She doesn’t write her own songs.”

Wood insisted, saying that Swift even co-wrote some of her songs, and Albarn said that co-writing doesn’t count. “Co-writing is very different to writing. I’m not hating on anybody, I’m just saying there’s a big difference between a songwriter and a songwriter who co-writes,” he continued.

Albarn also added that he finds Billie Eilish and her brother as “interesting songwriters.” “I’m more attracted to that than to Taylor Swift,” he said.

Fans began rallying around Swift, with the hashtag #TaylorWritesHerOwnSongs trending on Twitter. Jack Antonoff, who has collaborated with Swift on her albums 1989 and folklore, also came to her defense.

“I’ve never met Damon Albarn and he’s never been to my studio but apparently he knows more than the rest of us about all those songs Taylor writes and brings in,” he said.

Albarn then apologized to Swift, saying that he didn’t mean to discredit her songwriting. “I had a conversation about songwriting and sadly it was reduced to clickbait. I apologize unreservedly and unconditionally. The last thing I would want to do is discredit your songwriting. I hope you understand,” he replied to Swift.

Swift has won 11 Grammy Awards from 41 nominations, and is the first and only solo woman artist to win the Grammy for Album of the Year thrice for her solo recordings. – Rappler.com