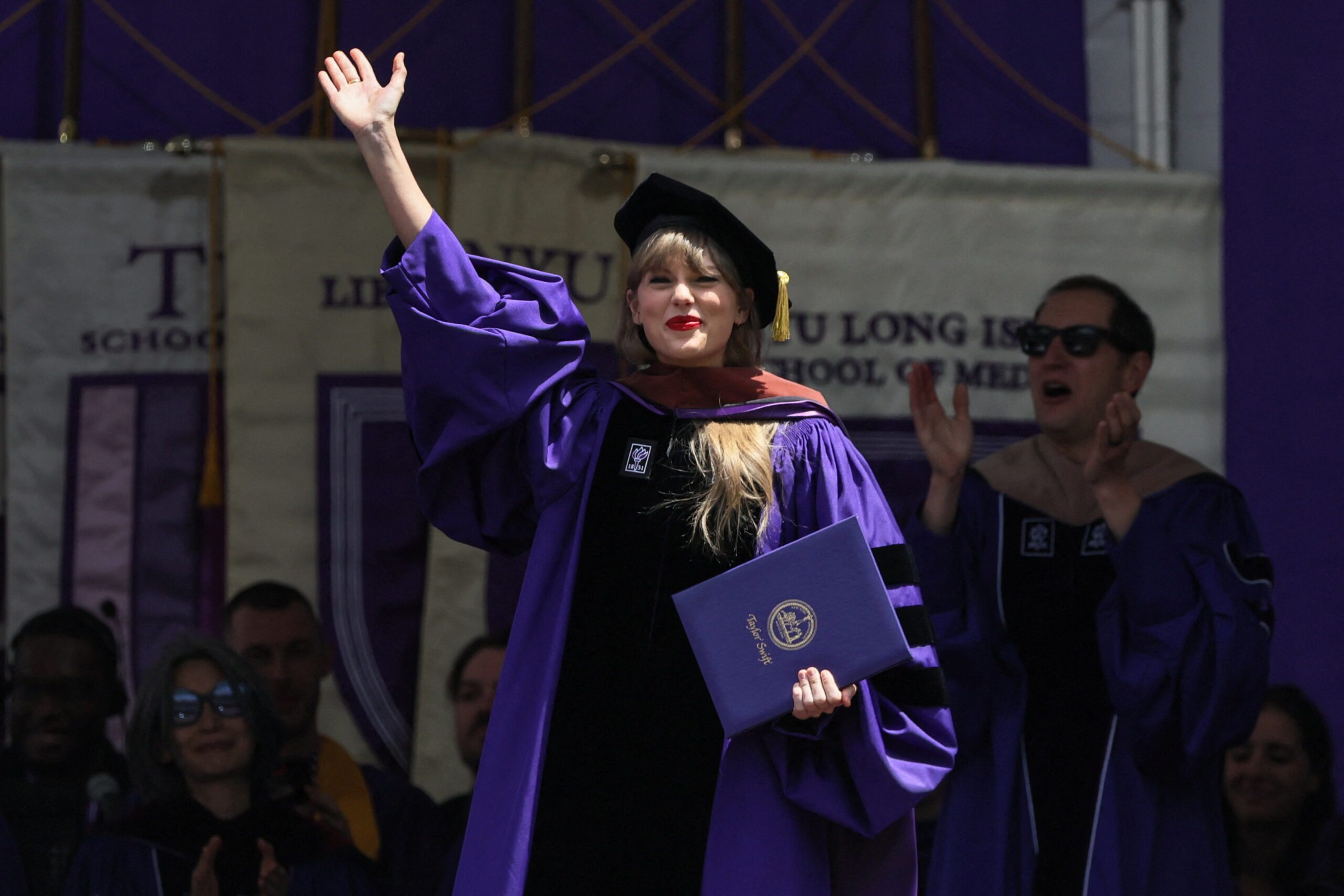 NEW YORK, USA – Singer-songwriter Taylor Swift received an honorary doctorate from New York University on Wednesday, May 18, and told graduates that everything would be all right, echoing the sentiments of her hit single “Shake It Off.”

The 32-year-old urged students to make the most of their choices. “Life can be heavy – especially if you try to carry it all at once… all the grudges, all the updates on your ex…. You get to pick what your life has time and room for.”

She praised the graduates for taking on the challenge of attending college during a pandemic. “Never be ashamed of trying – effortlessness is a myth,” Swift said.

The Grammy winner was among three recipients of honorary degrees from the university. It was the first college degree for Swift, who performed in concert tours while in high school.

NYU offers a course on Taylor Swift, including her evolution as a creative music entrepreneur. – Rappler.com