TUESDAY VARGAS. The comedian expresess her hope for better pandemic response on 'It's Showtime.'

It seems that Tuesday Vargas has had it with the quarantine roulette.

On an episode of It’s Showtime on Tuesday, September 7, the comedian called out the government’s fickle COVID-19 response, as she responded to a question about returning to general community quarantine (GCQ).

On the Madlang Pi-poll segment, Tuesday, along with fellow guest comedians Kitkat and Wilma Doesnt weighed in on the poll question: “Sang-ayon ka bang ilagay ulit ang Metro Manila under GCQ (are you in favor of Metro Manila returning to GCQ)?” 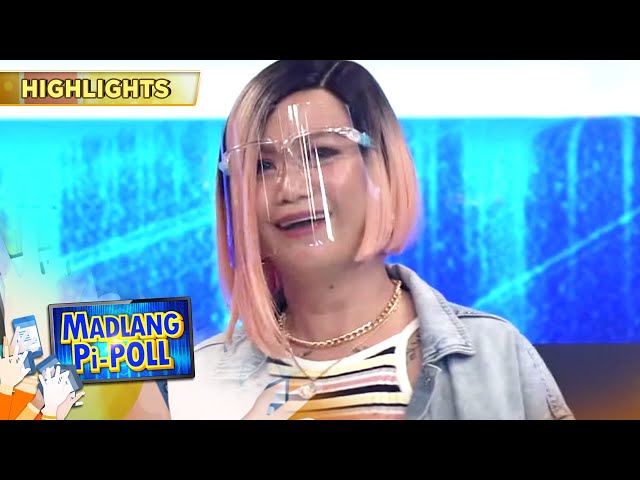 Kitkat and Wilma both said they were in favor of returning to GCQ because businesses were suffering and people were losing jobs. But Tuesday sang a different tune.

(I say no. Maybe I would say yes if there were more concrete plans, if we didn’t go from ECQ, to MECQ, to GCQ every hour.)

Host Vice Ganda and the rest of the It’s Showtime judges nodded and applauded in seeming agreement with Tuesday, with Vice Ganda reminding people that whatever the quarantine status is, it’s best to stay home.

On Twitter, Tuesday said that her speaking up was not about taking political sides.

(I want to use our platform wisely. Before the celebrity persona, I am a Filipino who stands with my countrymen. I will use my voice for good.)

(This is not an issue of right or left, of being an ally of the government or not. We are in one pandemic, one situation. We all want clear and concrete plans for all of us. And if it needs to be said, we, the people you see on TV, will be the first to say it.)

She said that her It’s Showtime guesting had been really fun, and she didn’t intend to get political.

(I didn’t plan to get political. But I was asked a question, and I responded. It’s my right as a citizen to be informed.)

The new announcement was a backtrack from the government’s previous plan to place Metro Manila under general community quarantine from September 8, with the implementation of a new quarantine system that focused on “granular lockdowns.” – Rappler.com