‘For delicadeza’: Willie Revillame explains why he left GMA Network 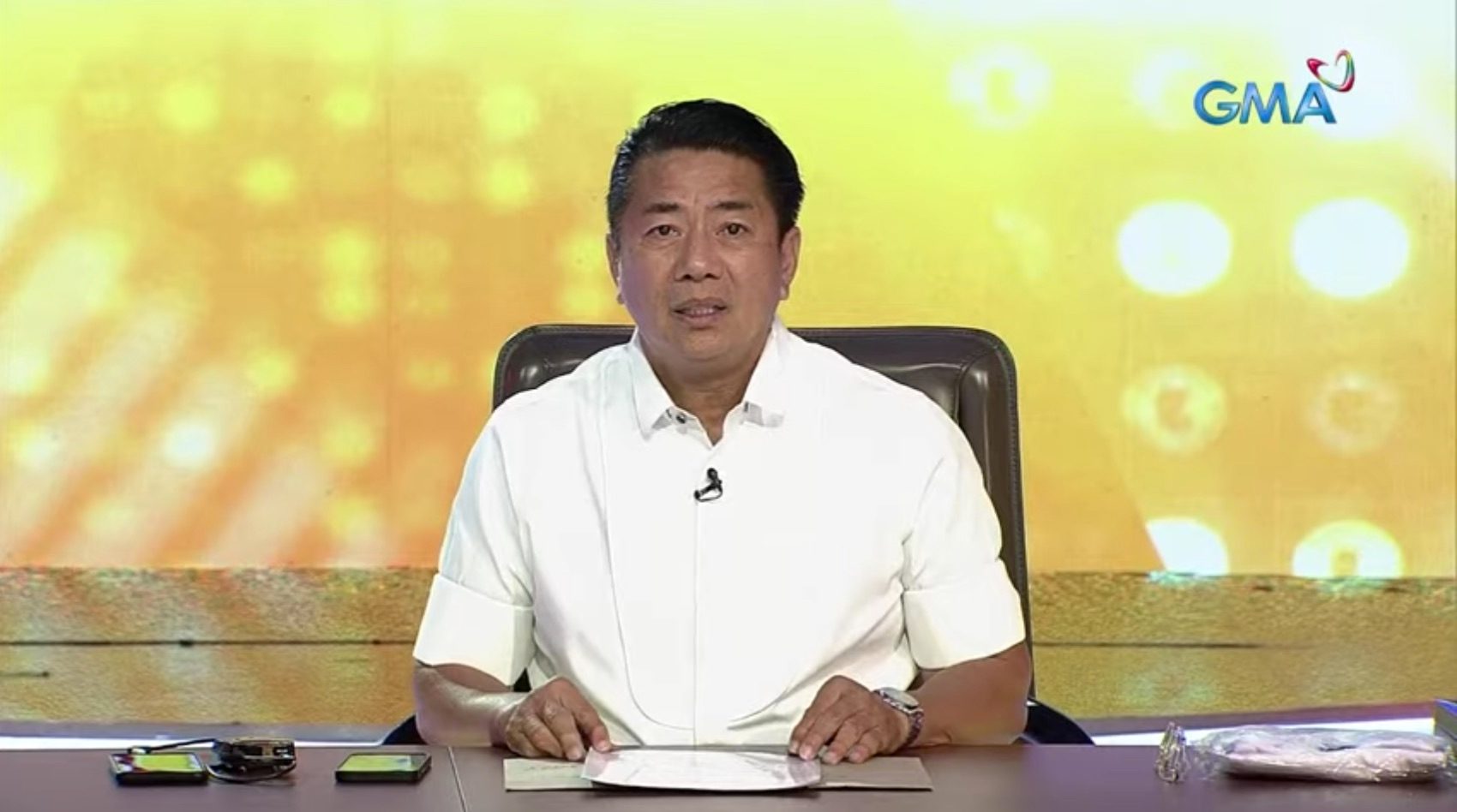 WILLIE REVILLAME. On the final episode of his show 'Wowowin,' the TV host explains his reasons for leaving GMA Network.

MANILA, Philippines – The usual cheery mood in the Wowowin studio turned serious as Willie Revillame explained his reason for leaving GMA Network, putting an end to the beloved variety show.

On the final episode of Wowowin on Friday, February 11, Revillame said his new contract with GMA had been with him for the past month, but he hadn’t signed it because he had been given an opportunity to work with former senator Manny Villar on Villar’s new network.

He shared that on February 2, he received a call from the secretary of Villar to set up a meeting. Villar and Revillame met up shortly after in Tagaytay, where Revillame was filming Wowowin.

“Nag-usap kami ni senator Villar, sabi niya may frequency, may franchise, puwede na (Villar and I spoke, he said, there’s a frequency, there’s a franchise, it’s a go),” he said, adding that Villar had no plans yet because he had no experience in television.

Revillame went on to share parts of their discussion, saying that Villar’s network still needed transmitters as well as content and programming.

Seemingly addressing rumors that he had been offered a position as top executive, Revillame said that he and Villar have yet to discuss any deals. He also said that the network was in very early stages, with no studio or even lights.

He also addressed rumors that they were already wooing talents for the network.

(The rumors that they are already speaking to actors…that’s not true. I will be the one to discuss things with anyone, and I won’t do that until I am no longer with GMA-7. And I haven’t discussed a deal with Manny Villar.)

As vague as Revillame’s position at Villar’s new network seems, it led him to the decision not to sign his new contract with GMA.

(I was supposed to sign a contract. Why didn’t I sign? One, for decency. I’ll be doing a show with GMA while planning for a different, competing station. That isn’t right. GMA has been so kind to me, I couldn’t betray them.)

Revillame then read a letter he addressed to GMA chairman and chief executive officer Felipe Gozon in which he said that the opportunity with Villar was “a dream” and that he wasn’t planning on being on camera as a TV host for the rest of his life.

(I hope you understand that I won’t be on television as a TV host for the rest of my life. And this opportunity that came into my life is a dream. It’s a dream for a person like me who started in the industry as a drummer, an extra.)

He went on to say that he was torn with the decision but that he won’t forget Gozon and GMA for the rest of his life.

The episode then continued and at the end, Revillame called the show’s cast, crew, and staff on to the stage as he said more thank you’s and assured audiences that he will continue to livestream on Facebook and YouTube.