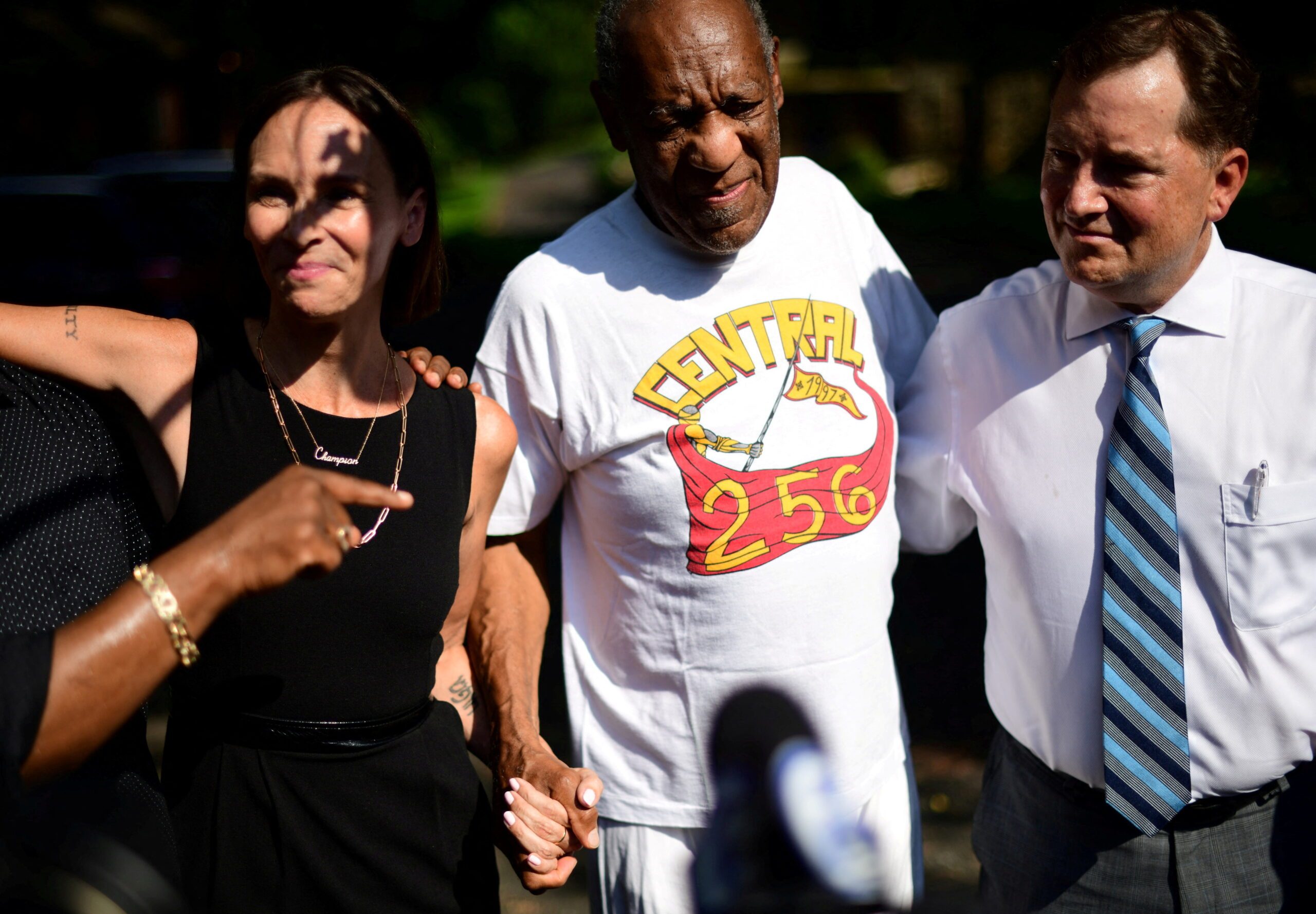 Facebook Twitter Copy URL
Copied
Cosby attorney Jennifer Bonjean says the alleged assault was a 'fabrication,' though the comedian did not dispute that he invited Judy Huth and her friend to the Playboy Mansion

A woman who has filed a civil lawsuit against Bill Cosby took the witness stand in California on Tuesday, June 7, telling jurors the comedian forced her to perform a sex act at the Playboy Mansion when she was a teenager in the 1970s.

Judy Huth, who is seeking unspecified damages, said she had gone to the famous locale in Los Angeles at Cosby’s invitation after she and a friend met him days earlier at a public park where he was filming a movie.

After playing pool with Cosby in a game room, Huth said she emerged from a bathroom and saw the comedian sitting on a bed. He patted the mattress next to him and she took a seat by his side, she said under questioning by her attorney.

Breaking into tears, Huth said Cosby tried to put his hands down her pants. When she told the actor she was menstruating, he stood up and pulled down his pants, she said.

Huth, now 64, said he then placed her hand on his penis and masturbated “with my hand.” She said Cosby acted “forcefully.” “It was not what I wanted at all,” she said, adding “I was freaking out.”

When the lawsuit was filed in December 2014, Huth said the incident occurred in 1974, when she was 15. She testified on Tuesday that she concluded last month that she had been mistaken about the year and now believes it happened in 1975.

“That’s because you were lying about the date in your deposition,” Bonjean said to Huth.

Bonjean said Huth’s friend, Donna Sameulson, also had initially pinpointed 1974 as the year of the mansion visit before changing her timeline to 1975. In addition, they both mistakenly recalled a Donkey Kong arcade game being in the mansion, though the game was not yet on the market.

Bonjean suggested Huth and Samuelson talked to make sure their stories matched. Huth denied that and asked Bonjean why she would do that. “Because it’s hard to keep the lies straight?” Bonjean asked.

The civil trial in California, one of the last legal cases against Cosby, is taking place 11 months after Cosby was freed from prison when Pennsylvania’s highest court threw out his sexual assault conviction in a different case.

In opening statements, Bonjean said the alleged assault was a “fabrication,” though Cosby did not dispute that he invited Huth and her friend to the mansion. Cosby, 84, is not expected to attend the trial.

Huth said the encounter with Cosby left her “depressed” and she started using marijuana.

“I isolated myself, started getting high,” she said. “I just wasn’t the same person.”

Cosby is best known for his role as the lovable husband and father in the 1980s television comedy series The Cosby Show, earning him the nickname America’s Dad.

In 2018, Cosby was found guilty of drugging and molesting Andrea Constand, in his home in 2004. She was an employee at Temple University, his alma mater, in Philadelphia.

Pennsylvania’s Supreme Court overturned Cosby’s conviction in June 2021, after he had served more than two years of a three- to 10-year sentence.

The court said Cosby should not have faced the charges because a previous district attorney had publicly promised in 2005 not to prosecute him. In March, the US Supreme Court declined to review that decision. – Rappler.com