Luminaries from Hollywood and politics reacted on Friday, January 7 to the death of Sidney Poitier, who broke through racial barriers as the first Black actor to win an Oscar for his leading role in Lilies of the Field, and inspired a generation during the civil rights movement. 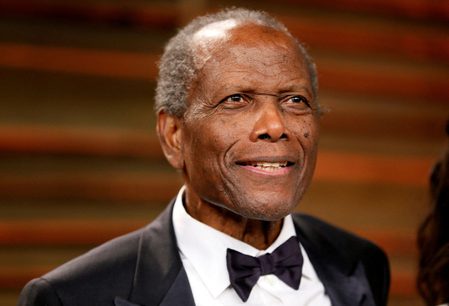 “Through his groundbreaking roles and singular talent, Sidney Poitier epitomized dignity and grace, revealing the power of movies to bring us closer together. He also opened doors for a generation of actors. Michelle and I send our love to his family and legion of fans.”

“For me, the greatest of the ‘Great Trees’ has fallen: Sidney Poitier. My honor to have loved him as a mentor. Friend. Brother. Confidant. Wisdom teacher. The utmost, highest regard and praise for his most magnificent, gracious, eloquent life. I treasured him. I adored him. He had an enormous soul I will forever cherish.”

“Jill and I were saddened to learn of the passing of Sidney Poitier, the once-in-a-generation actor and advocate whose work carried so much dignity, power, and grace that it changed the world on and off the big screen.”

“If you wanted the sky i would write across the sky in letters that would soar a thousand feet high.. To Sir… with Love Sir Sidney Poitier R.I.P. He showed us how to reach for the stars.”

“The dignity, normalcy, strength, excellence and sheer electricity you brought to your roles showed us that we, as Black folks, mattered!!!”

“My dear Sidney, an enormous part of my soul weeps at your passing. In your ninety-four years on this planet, you left an indelible mark with your extraordinary talent, paving the way for Black people to be seen and heard in the fullness of who we are. You were an iconic trailblazer; yours was a life well lived. I grew up idolizing you and will always remember the day when I first met you. It is the only time in my life when I’ve been rendered speechless!”

“Sidney Poitier was the most dignified man I’ve ever met. Towering…gentle…passionate…bold…kind…altogether special.”

“The grace and class that this man has shown throughout his entire life, the example he set for me, not only as a black man but as a human being will never be forgotten. There is no man in this business who has been more of a North Star for me than Sidney Poitier.”

“Our whole Bahamas grieves and extends our deepest condolences to his family. But even as we mourn, we celebrate the life of a great Bahamian: a cultural icon, an actor and film director, an entrepreneur, civil and human rights activist and, latterly, a diplomat. Well, I admire the man not just because of his colossal achievements, but also because of who he was, his strength of character, his willingness to stand up and be counted, and the way he plotted and navigated his life’s journey.” – Rappler.com