MANILA, Philippines – On social media, actress Coleen Garcia shared that she was involved in an encounter with a supposed ex-cop, who threatened her and her driver while she was heading home from work.

In a Sunday, May 21 Facebook post, Coleen said that she and her driver were on their way to her house from BGC when the incident happened.

"He [the ex-cop] stopped right in front of our car, so my driver stopped right away at nadikitan namin siya (and our car lightly hit his). (No damages at all by the way, we barely even touched his car.) And then the man came down, started shouting at my driver, saying, "Pulis ako!!! (I'm a cop!!!)" and he started tackling him, in spite of my driver being completely calm and polite to him! So I tried to intervene," Coleen said.

But Coleen was surprised when he attacked her as well.

"I opened the van's door and asked the man what his problem was and he literally attacked me and scratched my face. As in he reached both his hands out and scratched my face, trying to grab me and pull me out so that he could beat me up, too! With absolutely no hesitation!"

Coleen said that she was able to close the door immediately but that the attacker continued to threaten her and her driver. He also pulled out an item from his bag, which she said looked like a flashlight.

What saddened and frustrated her, she wrote, was that the police were there and saw what happened. All they did was ask her if she wanted to iron things out at the police station.

Coleen said: "Guys, seryoso, sawa na ako sa (seriously, I'm tired of the) police station. Please lang. So I opted to drop it instead, but not after taking photos of his plate number and his ID. Watch out for this man. He is literally insane, and apparently he's an ex-cop, which (in the Philippines), pretty much means he can get away with anything he wants. I mean, it's not like anyone's gonna stop him anyway. I would know."

In 2016, Coleen was treated inappropriately while on a trip to Hong Kong, and she and her boyfriend Billy Crawford spoke to Hong Kong police after.

Coleen posted the plate number and ID of the alleged ex-cop. She added that after her incident, the driver once again hit another car and also screamed at that  car's driver. 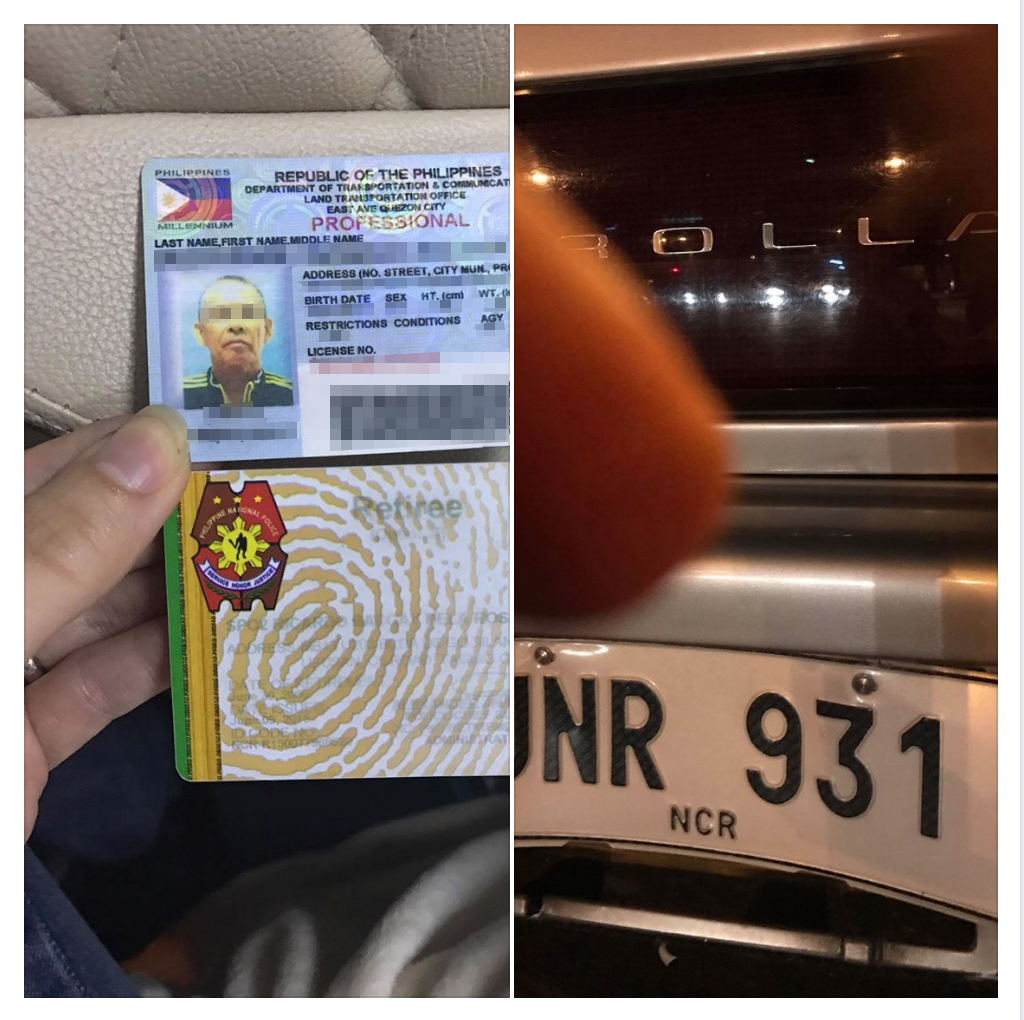