MANILA, Philippines – Disney released on Tuesday, June 28, the first trailer for Hocus Pocus 2, the sequel to the 1993 comedy-horror movie of the same name.

Set 29 years after the events in the original film, the wicked 17th-century Sanderson sisters – Winifred, Sarah, and Mary – are brought back to life after two young girls lit the Black Flame Candle and recited a spooky incantation. 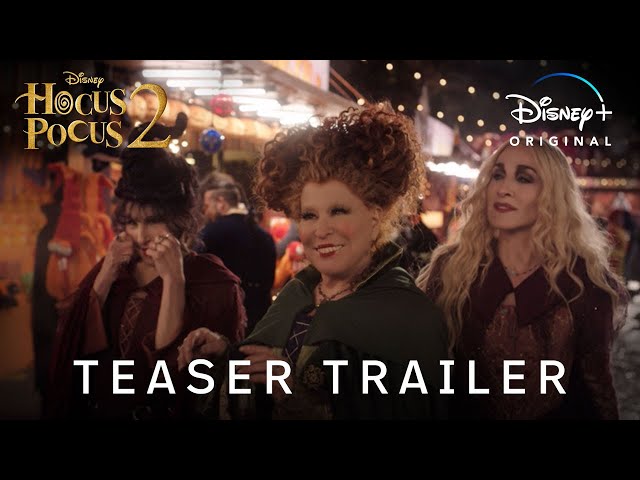 Given that they died and failed to become immortal in the original film, the Sanderson sisters are now looking for revenge. “Lock up your children! Yes, Salem, we’re back,” the witches said in the clip.

According to the sequel’s official synopsis, the pressure is now on three high-school students to “stop the ravenous witches from wreaking a new kind of havoc on Salem before dawn on All Hallow’s Eve.”

Hocus Pocus 2 sees the return of Bette Midler, Sarah Jessica Parker, and Kathy Naijimy as they reprise their roles of Winifred, Sarah, and Mary Sanderson, respectively.

Hocus Pocus 2 is slated for a September 30 premiere on Disney+. – Rappler.com