Les Miserables, according to the critics

MANILA, Philippines - On the other side of the world, thousands have already watched the much-anticipated movie adaptation of Victor Hugo’s 1863 novel, "Les Miserables." On Christmas Day, it screened in 2,808 cinemas in North America, grossing US$18.1 million, the highest opening day earnings for a musical film.

While we have to wait until January 16 to watch Les Miz, American critics already have much to say about Tom Hooper’s direction and the performances of the A-list stars that lent their talents to the film.

Garnering the most praise and criticism was Hooper’s decision to record the actors’ singing live instead of pre-recording and then having them lip-synch. General applause was given for the performances of Hugh Jackman and Anne Hathaway but opinion was divided for the rest of the cast. 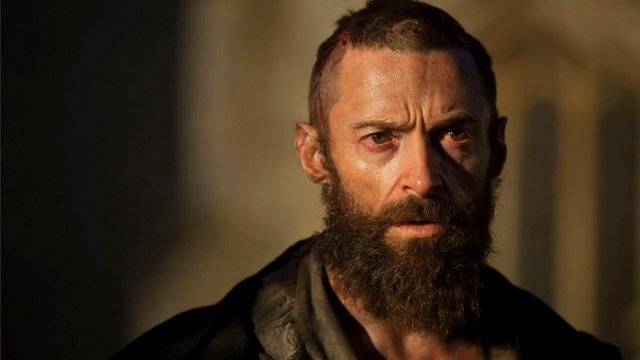 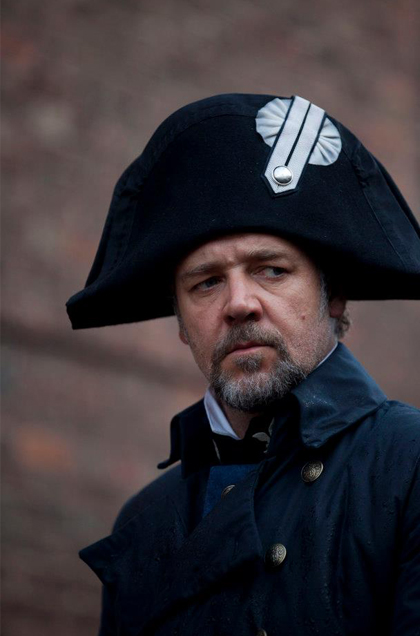 NO ESCAPE from Inspector Javert played by Russell Crowe.

On Rotten Tomatoes, a film review aggregator, the film scores 72% for All Critics but drops to 63% for Top Critics. It also states that 86% of audiences like the film.

Itching to watch and tired of the waiting? While the movie is still beyond our reach (20 days to go!), here are interesting opinions and analyses of the film, straight from North America’s top critics.

This list was first compiled in an article by The Hollywood Reporter.

"Les Miserables is sweeping, as would be expected given the scope of the hugely popular stage musical from which it is adapted. But it's also wonderfully intimate, thanks to Tom Hooper's deft direction. Hooper ("The King's Speech") was a perfect match for the material, making exquisite use of a much bigger stage and impeccable production design for a wonderfully epic effect, juxtaposed with stirring tight close-ups. There's a heightened accessibility to the iconic story in the way that Hooper zeroes in on the emotional performances of Anne Hathaway, superb as the tragic Fantine, and Hugh Jackman, masterful as Jean Valjean, imprisoned for almost 20 years for stealing a loaf of bread. It's far and away Jackman's finest screen role. Both Hathaway and Jackman strike perfect notes in their performances, which are nearly entirely sung. The film is essentially an operetta, with every character singing his or her lines in predominantly live vocals done on set -- not dubbed in later. The result is a collection of astounding voices."

"Because it is so shameless and so popular, Les Miserables and its 'to love another person is to see the face of God' theme are tailor-made for mockery. But despite its pitfalls, this movie musical is a clutch player that delivers an emotional wallop when it counts. You can walk into the theater as an agnostic, but you may just leave singing with the choir.”

"What helps make Les Miserables so vibrant and thrilling onscreen is Hooper's daring decision to have his actors sing live. No mouthing the words to prerecorded songs. The actors wore earpieces to hear a piano give them tempo. A 70-piece orchestra was added later to bring out the beauty and thunder in the score, by Claude-Michel Schonberg, Alain Boublil and Herbert Kretzmer. The risk pays off. The singing isn't slick. It sometimes sounds raw and roughed up, which is all to the good. It sure as hell brings out the best in the actors. A never-better Hugh Jackman stars as Jean Valjean, locked up for nearly 20 years for stealing a loaf of bread. The convict known as 24601 escapes and makes a respectable life for himself as a small-town mayor. But he can't rest. Hunted relentlessly by the policeman Javert (Russell Crowe), Valjean is almost caught again when he tries to help poor, doomed Fantine (Anne Hathaway), a factory girl who sells her hair, her teeth and her body to support her child, Cosette. A dynamite Hathaway shatters every heart when she sings how 'life has killed the dream I dreamed.' Her volcanic performance has Oscar written all over it."

"Tom Hooper's extravaganza, big-screen telling of the beloved musical Les Miserables is as relentlessly driven as the ruthless Inspector Javert himself. It simply will not let up until you've Felt Something -- powerfully and repeatedly -- until you've touched the grime and smelled the squalor and cried a few tears of your own. It is enormous and sprawling and not the slightest bit subtle. But at the same time it's hard not to admire the ambition that drives such an approach, as well as Hooper's efforts to combine a rousing, old-fashioned musical tale with contemporary and immediate aesthetics. There's a lot of hand-held camerawork here, a lot of rushing and swooping through the crowded, volatile slums of Victor Hugo's 19th-century France."

"The new Les Miz, whose script by William Nicholson is faithful in most particulars to the show, remains a grand sob story on a noble plane -- a tale of justice outraged, as Valjean marches in song up his 40-year calvary and a silent God looks down without intervening in the cruelties man perpetrates on man and woman. The Schonberg anthems retain their kick, smartly arranged for the screen and performed by a cast that is nothing if not game. (Jackman lost weight to play the part of the emaciated convict, then put on 30 lb. during the production; Hathaway, whom no one would call flabby, lost 25 lb.) Sensitive souls in search of wrenching emotion can be guaranteed their Kleenex moments; you will get wet. But aside from that opening scene, you will not be cinematically edified. This is a bad movie."

"As he showed in The King’s Speech and in the television series John Adams, Mr. Hooper can be very good with actors. But his inability to leave any lily ungilded -- to direct a scene without tilting or hurtling or throwing the camera around -- is bludgeoning and deadly. By the grand finale, when tout le monde is waving the French tricolor in victory, you may instead be raising the white flag in exhausted defeat."

"Director Tom Hooper has turned the theatrical extravaganza into something that is far less about the rigors of existence in early 19th century France than it is about actors emoting mightily and singing their guts out. As the enduring success of this property has shown, there are large, emotionally susceptible segments of the population ready to swallow this sort of thing, but that doesn't mean it's good… Although not terrible, the music soon begins to slur together to the point where you'd be willing to pay the ticket price all over again just to hear a nice, pithy dialogue exchange between Hugh Jackman and Russell Crowe rather than another noble song that sounds a lot like one you just heard a few minutes earlier. There were 49 identifiable musical numbers in the original show, and one more has been added here."

"I didn't like it. Why? There's no genre I cherish more than film musicals. Hugh Jackman (who plays, sings, mutters and roars his way through the role of saintly Jean Valjean) has the stuff, the training, the voice and ability to express 101 percent of what's needed in a fervent close-up. Anne Hathaway, a fairly sure bet for a supporting actress Oscar as Fantine, grabs ahold of her big song 'I Dreamed a Dream' like someone with an Oscar to win. Russell Crowe's voice may be wrong for Inspector Javert — he spends most of the score straining in his upper register, while sounding like an amalgam of all four Beatles — but already he's taking the rap for single-handedly dragging "Les Miz" down, which is silly. The movie drags itself down." - Rappler.com