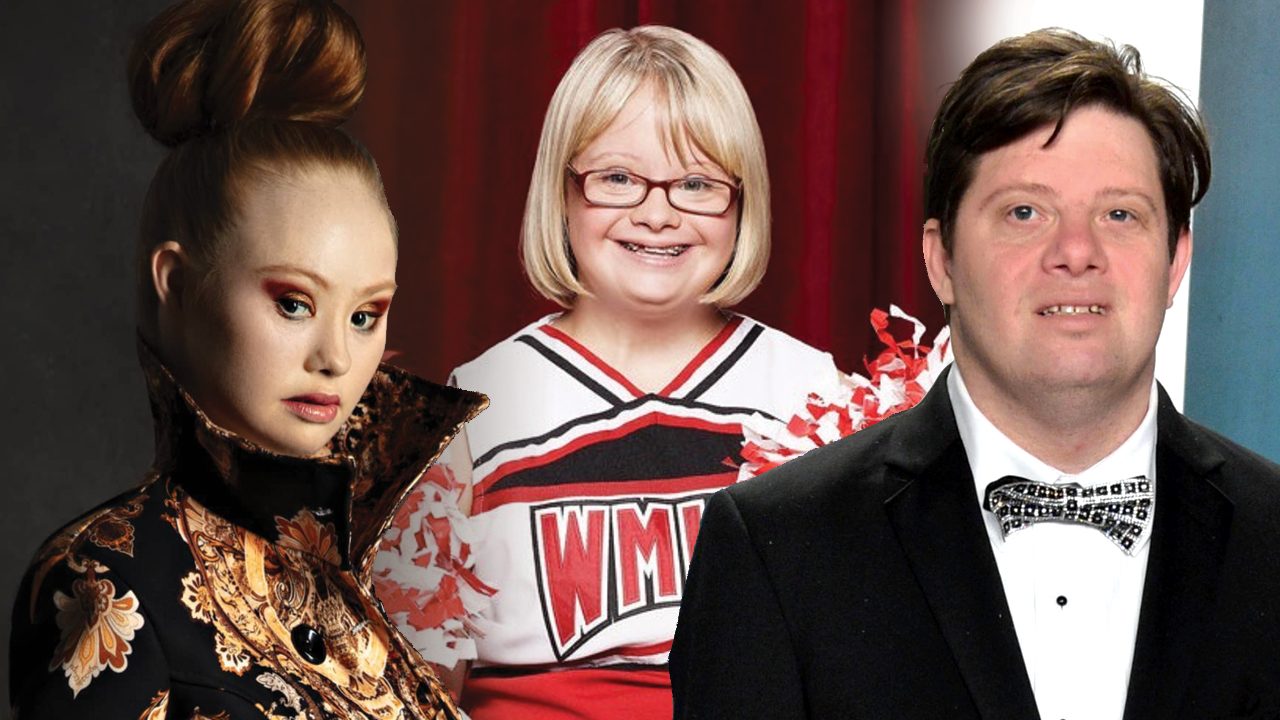 MANILA, Philippines – On Thursday, February 18, Sofia Jirau made history as the first Victoria’s Secret model with Down syndrome, posing for the Love Cloud collection of the famous lingerie brand.

The 24-year-old Puerto Rican said that it was a “dream come true,” and thanked Victoria’s Secret for seeing her as a model “without limits.” Netizens have praised the brand, which had a history of facing backlash for its supposed lack of body diversity, for its step towards representation and inclusion.

Aside from Sofia, several individuals with Down syndrome, have also proven that they can achieve success in their chosen fields. Take a look at how these famous personalities became game-changers in their career paths HERE: 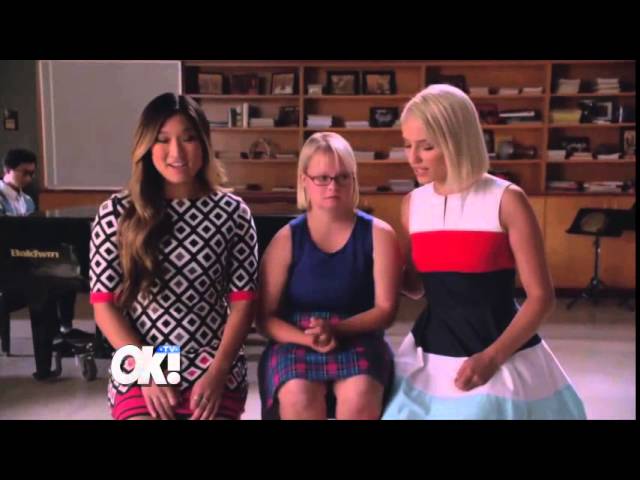 Most famous for her role as the sassy and snarky Becky Jackson in Glee, Lauren also appeared in the series Veep, Switched at Birth, Born This Way, and short film Guest Room.

In an interview with Pop Sugar, Lauren opened up about pursuing her dream career.

“I’m really proud that I have Down syndrome and have been able to grow as an actor and show the world that Down syndrome doesn’t stop me, and that I think I’ve become a really good actor. And I think I have some part in opening the doors for other actors with disabilities,” she said.

The 31-year-old actress continues to be an active advocate for those with special needs, having previously joined the Committee for People with Intellectual Disabilities under former US president Barack Obama. 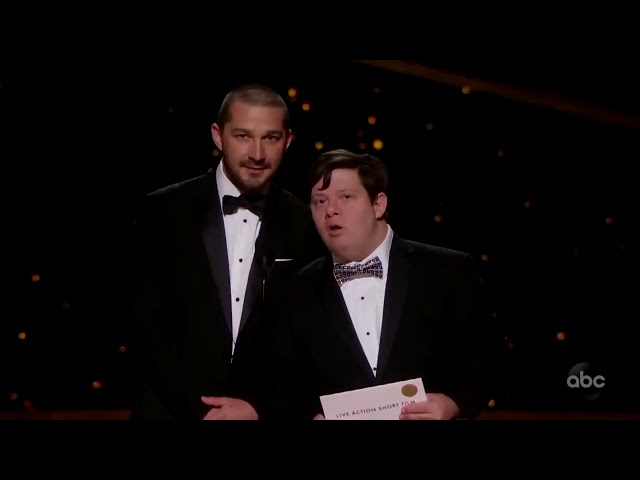 Having previously starred in movies Life of a Dollar Bill, Bulletproof, and Becoming Bulletproof, Zack had his breakout role in the 2019 film The Peanut Butter Falcon.

It follows Zack as Zak, a young man with Down syndrome who escapes the nursing home he’s been forced to live in to pursue his dreams of wrestling. Zak meets Tyler, another man on the run, played by Shia LaBeouf, not knowing that the nursing home volunteer Eleanor, played by Dakota Johnson, is following him. The Peanut Butter Falcon became one of the highest-grossing indie films of 2019.

At the 2020 Oscars, Zack made Academy Awards history as the first person with Down syndrome to present an award live on national TV. Together with his co-star Shia, Zack presented the winner for the Live Action Short Film category.

In an interview with Down’s Syndrome Association, Zack advised aspiring actors/actresses who have the same condition as him to: “Believe in yourself, audition for anything you can and don’t listen to people who say you can’t do it. Follow your dreams and never give up.”

Widely known as the first professional model with Down syndrome, Madeline has participated in prestigious fashion events such as New York Fashion Week, Paris Fashion Week, London Fashion Week, and Runway Dubai, and has been featured in international publications like Vogue, Marie Claire, and Cosmopolitan.

In the fight for diversity and representation, Madeline supports several non-profit organizations like The DisABILITY Museum, Radical Beauty Project, and Embrace Culture, among many others.

Currently, Madeline is managing her own fashion line, 21 Reasons Why, and a dance school in Brisbane, Australia.

An actor and educator, Pablo is known for being the first European with Down syndrome to obtain a major degree from a regular university in Spain. He obtained a BA in Educational Psychology and a Diploma in Teaching. Since then, he has written multiple books and given public talks on disabilities and education.

Pablo also starred in the film Yo Tambien (Me Too), wherein he portrays a young man with Down syndrome who falls in love with a neurotypical woman.

In an interview with Digital Solidarity, Pablo opened up about the prejudice against people with Down syndrome. “We must not be treated as sick. There are other prejudices and you could write a book about them,” he said.

“There are reactions like pity, the misconception that we are not intelligent, and a long list of social and moral incorrect misinterpretations. Fortunately, we are overcoming some misconceptions. I am just doing my part and demonstrating that I am as competent as anyone,” Pablo continued.

He added that he hopes that society can do its part in fighting these misconceptions against persons with disabilities. “This is a start of success and shows people that we are as competent as the rest. If you are the one who is setting up the barriers, you are then destroying the possibilities for others. And, on the other hand, it is essential for society to understand all of these things.” 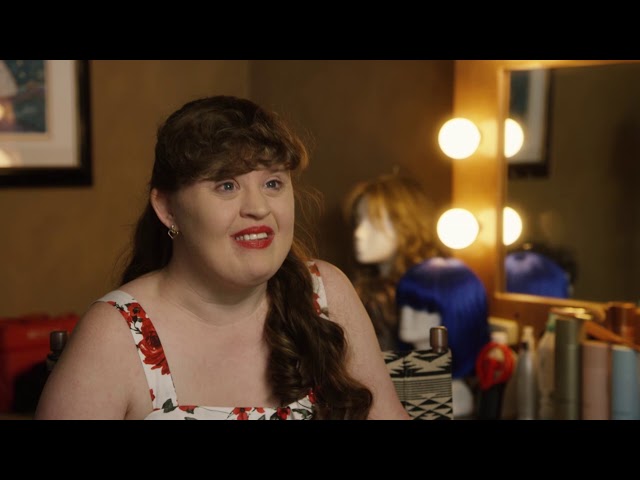 Jamie is an award-winning actress, known for her recurring roles in the anthology television series American Horror Story. She starred in four seasons – Murder House, Coven, Freak Show, and Cult.

In 2015, she made history as the first person with Down syndrome to walk in New York Fashion Week. In 2018, she won the Drama Desk Award for Outstanding Featured Actress in a Play for her performance in the off-Broadway production Amy and the Orphans.

Outside her entertainment engagements, Jamie is an active advocate in the Down syndrome community. She worked with the The ARC Governmental Affairs Committee for Texas to improve legal rights and recognition for disabled people. She spoke with senators to abolish the use of the word “retarded” in Texas legislation, and to use “Intellectual Development Disability” instead.

In a video for the Special Olympics, Jamie advised: “Don’t let disability hold you back, no matter what. Use your disability to an advantage.”

Chris is best known for his character as Charles “Corky” Thatcher in ABC’s Life Goes On, one of the first television series which featured a character with Down syndrome. He also appeared in series ER, Touched by an Angel, and Promised Land, and the film Mona Lisa Smile.

He has been serving as the Goodwill Ambassador for the National Down Syndrome Society since 1994.

In 2014, he appeared in Oprah’s Where Are They Now episode, wherein he talked about the importance of his character Corky in terms of representation in the entertainment industry. 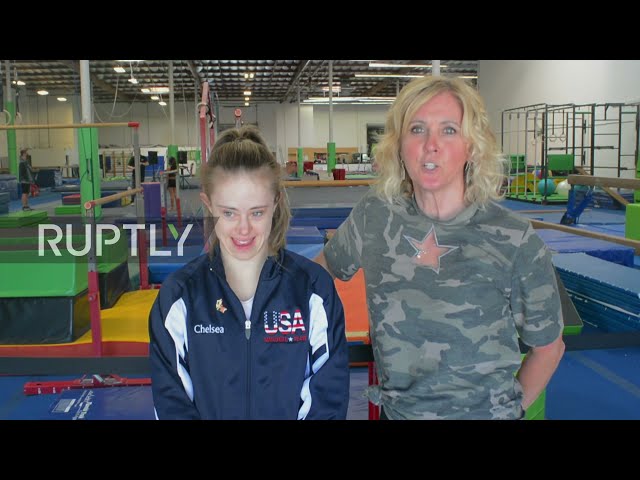 An award-winning gymnast, Chelsea also ventured in the world of modeling. Since 2016, she has graced the cover of Teen Vogue magazine and walked in New York Fashion Week.

In an interview with Diverse Ability magazine, Chelsea talked about shifting from sports to modeling. “I’m a very positive person and don’t see things as limitations. I’m pretty stubborn and work very hard,” she said.

On her website, she wrote that she hoped her success in her chosen fields could inspire others to pursue their dreams. “I am so happy and proud that I am breaking down barriers that individuals with disabilities have faced for a very long time. I hope I am a good advocate and role model for others to follow in my footsteps,” Chelsea said. – Rappler.com