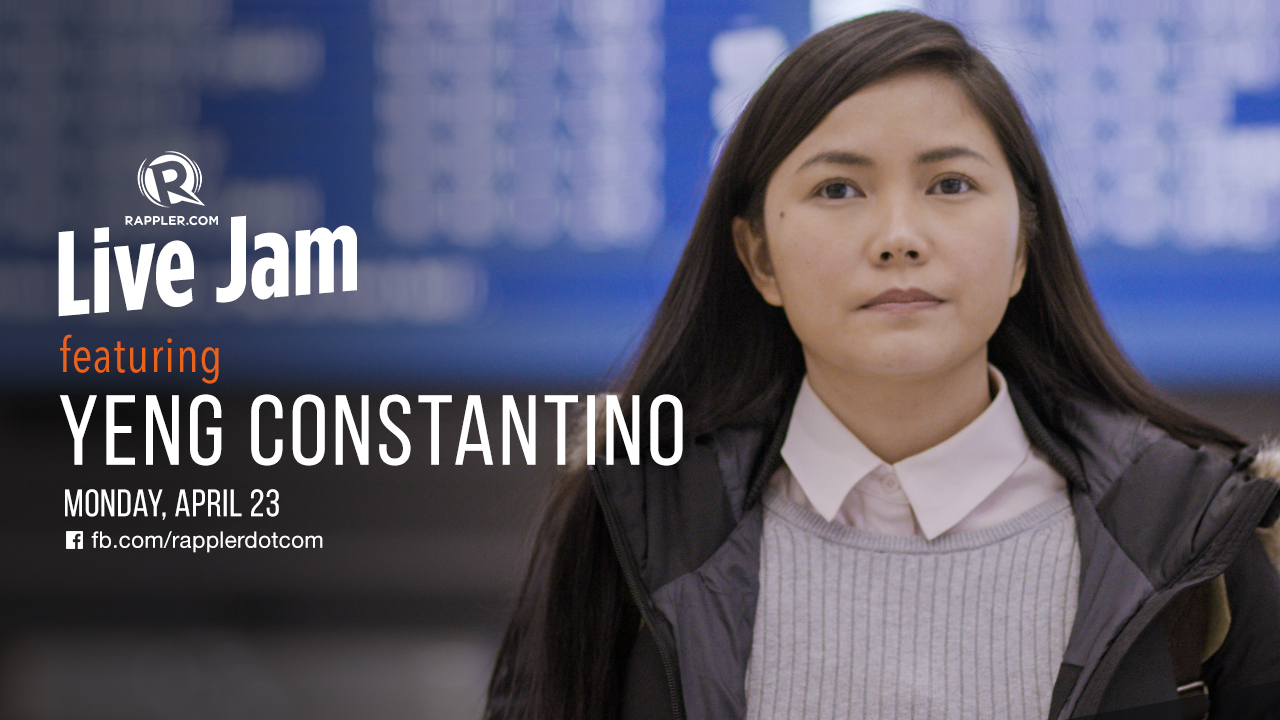 Yeng Constantino has been a fixture in the OPM scene since 2006, when she won the singing competition, Pinoy Dream Academy.

Since then, it’s been a string of successful albums, with fans clearly enjoying her pop rock style. Many of her biggest hits such as “Hawak Kamay,” “Ikaw,” “Cool-Off” and “Chinito,” continue to be popular today, years after their release.

Yeng has also been known to cross over to acting, starring in the indie film Shift in 2013, and now in the upcoming Eternity Between Seconds, alongside TJ Trinidad.

Catch Yeng on Rappler Live Jam as she plays some of her songs and talks about her upcoming projects. Here’s her Live Jam setlist: