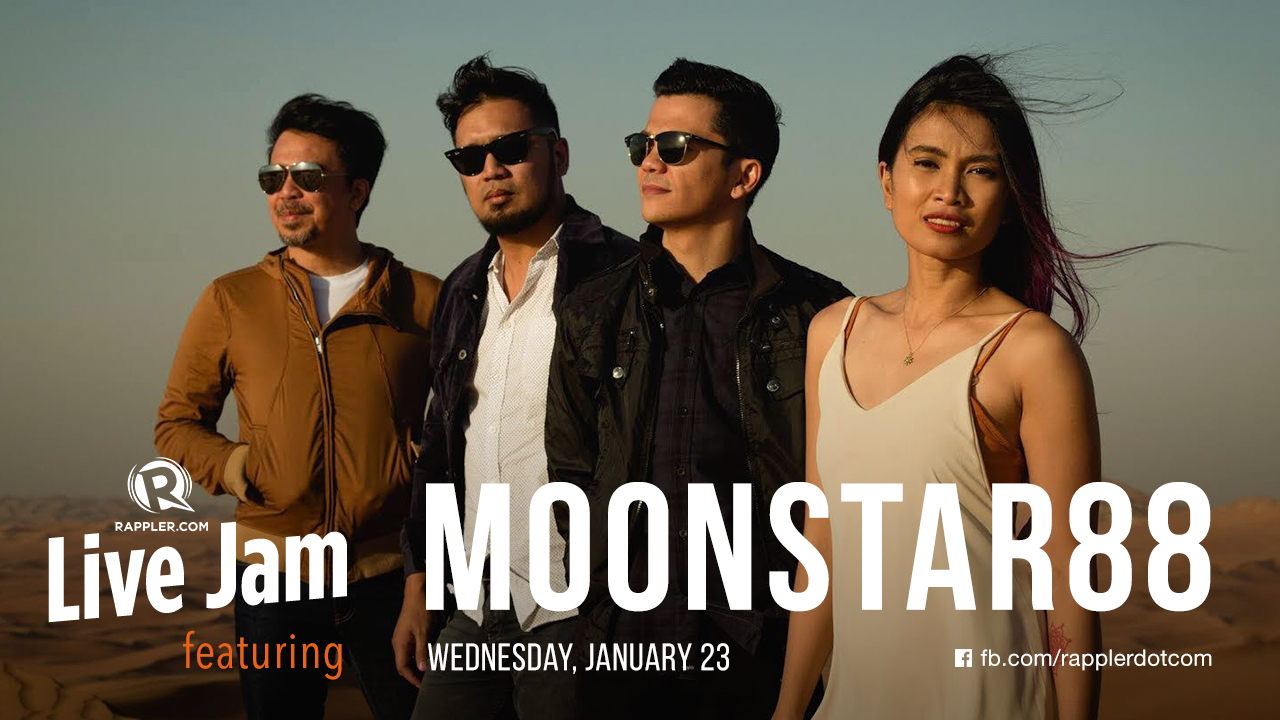 The alternative rock band came together in February 1999, starting out by making the rounds of Manila’s club circuit and the various. They’ve since become known for giving the world the ultimate unrequited love anthem, “Torete,” as well as other bittersweet heartbreak hits such as “Migraine,” “Sulat,” and “Sa Langit.”

Now with 5 studio alums and an EP to their name, they’re continuing to make new music, releasing their newest single “Sorry” in October 2018.

Moonstar88 is currently made up of longtime lineup Maysh Baay on vocals, Herbert Hernandez on guitars, Bon Sundiang on drums, with OPM legend Buddy Zabala (an original Eraserhead) joining the band as bassist in 2016.

Catch up with them on Rappler Live Jam as they talk about what’s coming up for their band in 2019! Here’s their setlist: