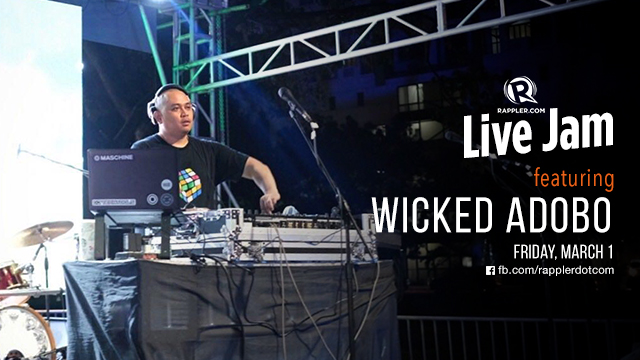 A drummer at heart, he started his career in music playing drums for the many iterations of the local band now known as Oh! The Nerves.

He broke into the music scene in 2018 as an electronic music producer and DJ, bringing an experimental, moody style to the scene. So far, he’s played for many private events and local bars, and performed alongside international and local acts at festivals such as the Color Manila Black Light Run, the Music Run, and the Festival of Possibilities concert.

On the side, he’s an ultramarathoner, mountain biker and real estate executive. He also has his weekly radio show on Jam 88.3 called Pirate Radio, where he curates and plays non-mainstream electronic music.

Get to know Wicked Adobo as he performs on Rappler Live Jam! Here’s the setlist: