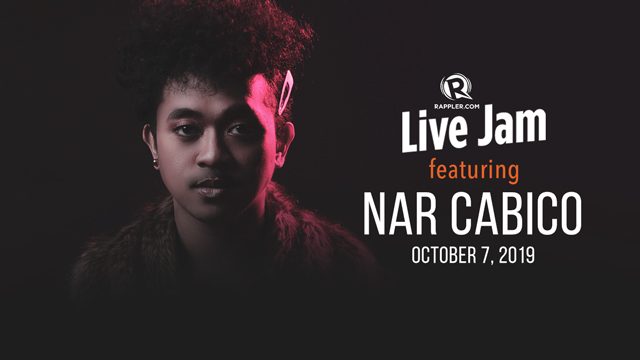 Catch Nar on Rappler Live Jam on Monday, October 7, as we talk about what he’s achieved so far and what’s ahead – he’s currently recording his first all-original album under GMA Music.

Catch the stream on this page or on Rappler’s social media pages! – Rappler.com