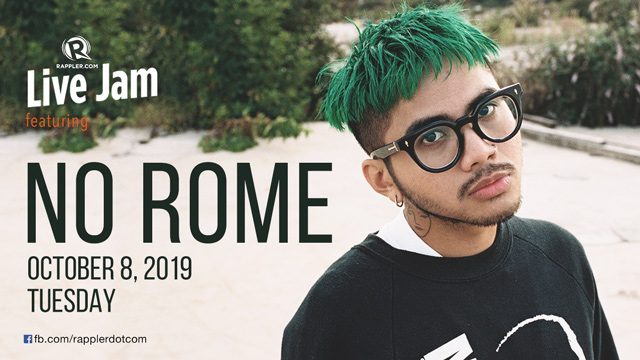 MANILA, Philippines – It’s been quite a 2019 for No Rome – he’s performed on the Coachella stage, been on tour and even headlined his first New York show, and on October 4, released his latest single, “Talk Nice.”

Ahead of his UK tour in November, No Rome is back home and on Rappler Live Jam.

We talk to Rome about the whirlwind that is 2019, what’s in store for the international sensation, and what he loves the most about music.

Stoned In The Valley