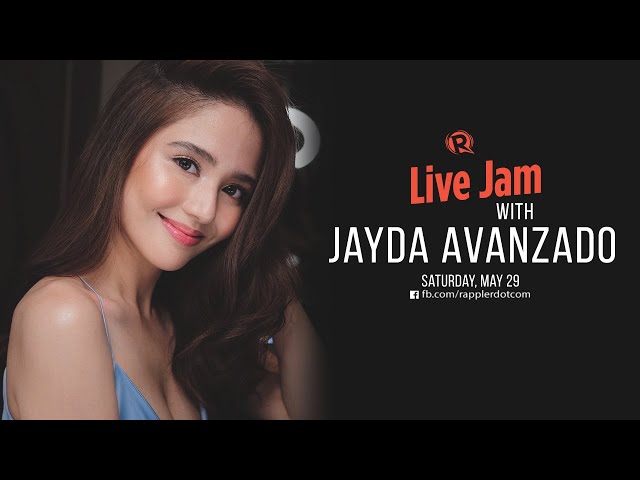 Jayda Avanzado returns to Rappler Live Jam, this time performing from her home ahead of her first major solo concert on June 26.

As the daughter of OPM icons Dingdong Avanzado and Jessa Zaragoza, Jayda had an early start with music, even performing in her first live gig to celebrate her 9th birthday.

Since then, she has opened for various international artists – including The Vamps and One Direction’s Niall Horan. She released her debut single “Text” in 2018, as well as her debut EP In My Room.

In 2021, she released two new singles: “Paano Kung Naging Tayo?” and “M.U (Malabong Usapan).” She is also set to perform in her first major concert, a digital show that will be streamed on KTX, iWantTFC, and TFC IPTV on June 26, with a rerun on June 27.

Catch up with Jayda as she guests on Rappler Live Jam on Saturday, May 29 at 8 pm. Bookmark this page or head over to fb.com/rapplerdotcom. – Rappler.com