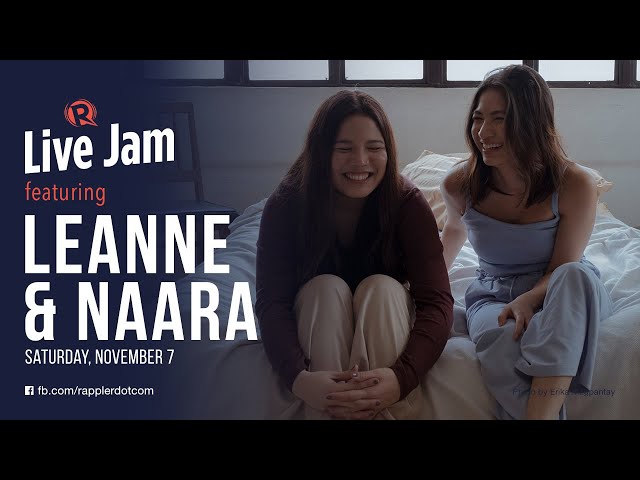 Leanne & Naara are returning to Rappler, performing remotely on this Live Jam.

The singer/songwriter duo known for their vocal harmonies and intimate acoustic-pop sound first came together as songwriters when they were in college, and have been making music together since.

Their debut single “Again” rose to the top of Spotify charts in 2016, and was quickly followed by several hits including “New York and Back,” “Evergreen,” and their covers of the songs “Someday” and “Somewhere Over The Rainbow.”

They recently released two new singles: “Keeping Me Up” and “Who’s Gonna Love You,” which will be part of their debut album Daybreak, to be released on Novermber 27.

Catch Leanne & Naara as they perform on Rappler Live Jam on Saturday, November 7. Bookmark this page or head over to fb.com/rapplerdotcom. – Rappler.com