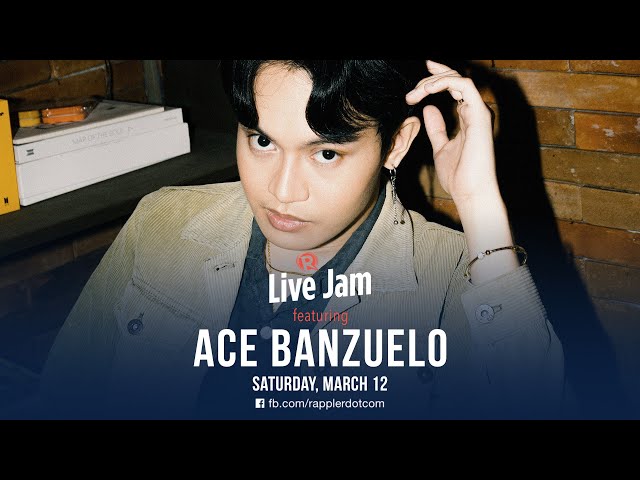 Ace is a self-taught singer-songwriter, who began performing when he was 4 years old.

He continued to make music throughout high school, and when he was 17, he won a local songwriting competition in Laguna.

After being discovered at a music show, he signed to Sony Music Philippines. Since then, he’s released several singles including “Himala,” “Alive,” and most recently, “Babae,” released right in time for Women’s Month.

Catch Ace as he talks about his career and performs on Rappler Live Jam on Saturday, March 12. Bookmark this page and head over to fb.com/rapplerdotcom. – Rappler.com