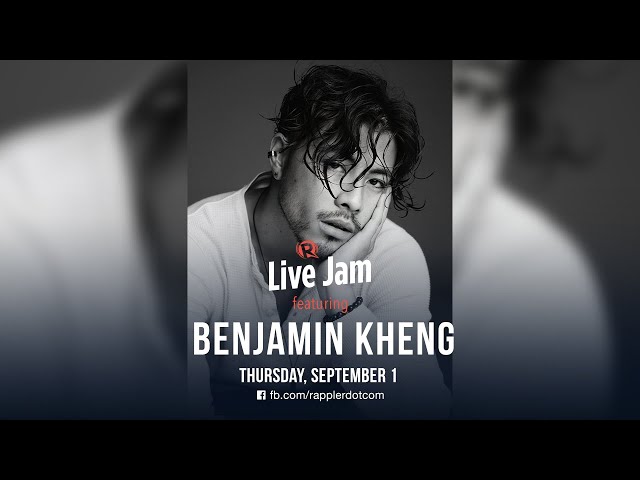 MANILA, Philippines – Singaporean artist Benjamin Kheng is in town and singing at the Rappler HQ!

As a jack-of-all-trades, Benjamin has made waves as a musician, actor, host, and writer. He released his first solo single “Wicked” in 2019, followed up by “Find Me” and “Lovers Forever.”

In June 2020, he released his debut EP, A Sea That Never Stops, where he explored a personal take on life and love. With over 3 million streams, the success of his EP led to his nomination for Best Southeast Asia Act at the 2020 MTV Europe Music Awards.

One of his latest tracks is the acoustic pop-R&B tune “Good For A Time” featuring Filipino artist Bea Lorenzo. This recently got a Tagalog rendition, “Panandalian.”

The alt-pop artist has also collaborated with homegrown folk band Ben&Ben on Tiktok, and on his Instagram Live show B.B.Q (Ben’s Burning Questions).

Watch Benjamin perform on Rappler Live Jam on Thursday, September 1, at 8 pm. Bookmark this page or head over to fb.com/rapplerdotcom to see the show. – with reports from Sydney Cañamo/ Rappler.com