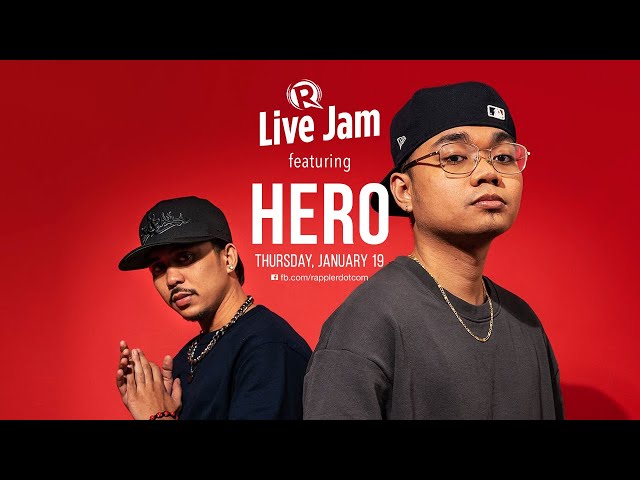 At this point in his career, the up-and-coming rapper has already collaborated with Gloc-9 on songs like “Pasan” and “Ipakita Mo” and has been featured on the veteran rapper’s 44 Bars Challenge.

He released his debut single “Katulad” in October 2021, followed by singles “Reyna” and the holiday song “Araw ng Kapaskuhan.”

In September 2022, he was nominated as Best New Artist in a Collaboration at the 35th Awit Awards for his song “Katulad,” a collab with Yuridope and KXLE.

Catch HERO as he shares his music on Rappler Live Jam on Thursday, January 19. Bookmark this page or head over to fb.com/rapplerdotcom. – Rappler.com