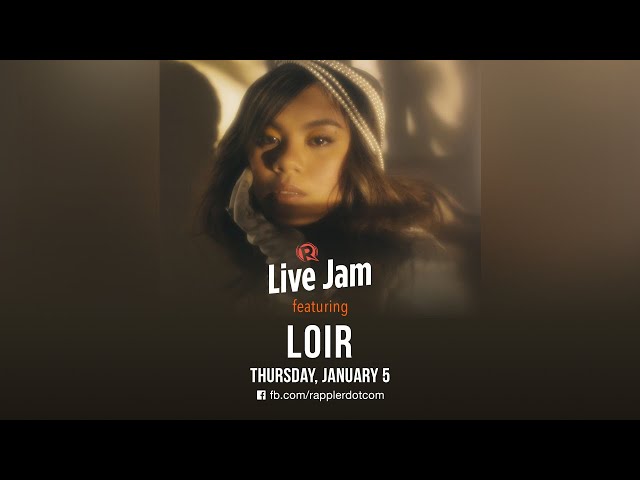 The singer-songwriter from Cavite first caught people’s attention when she collaborated with veteran rapper Gloc-9 on his tracks “SANIB” and “Oka.” Continuing her collaborative streak, she worked with rapper Guddhist Gunatita on his smash hit “Dalampasigan.”

Since then, she has signed with Sony Music Philippines, and is part of Asintada Management and Production – the home of artists like Gloc-9 and Shanti Dope.

She released her debut single “Sakay” in 2021, and the song has since racked up over 1 million streams on Spotify alone. The song also earned her an Awit Award 2022 nomination for Best Performance by a New Female Recording Artist.

Her latest single “Mama” was released in September 2022. The song, written by LOIR and produced by frequent collaborators HavoMusic and Goodson, is her way of facing her personal struggles.

Carch LOIR as she performs “Mama” and her other songs on Rappler Live Jam on Thursday, January 5! Bookmark this page or head over to fb.com/rapplerdotcom. – Rappler.com