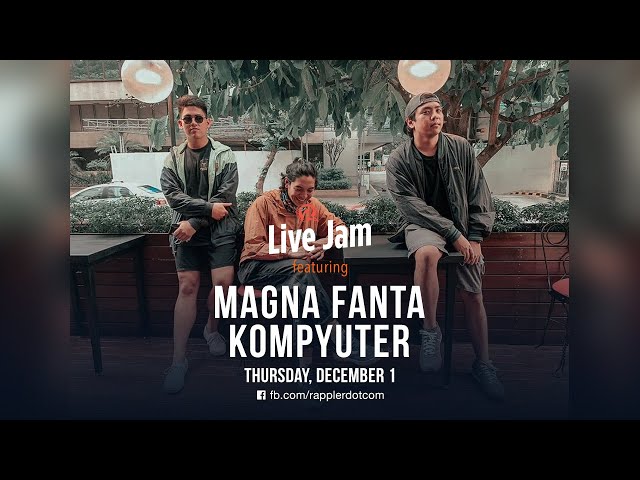 Describing themselves as a “psychedelic power trio,” the band is made up of longtime friends James Calixto, Luigi Lago, and David Reyes, who first came together in 2018.

The band independently recorded and released their debut EP Quarantrip in 2020, and since then, they’ve played various venues in Metro Manila and La Union.

Drawing inspiration from ’60s and ’70s rock and roll bands like Pink Floyd, Cream, The Doors, and The Beatles, their goal is to get more people to listen to psychedelic rock.

Catch Magna Fanta Kompyuter as they talk about their music and perform on Rappler Live Jam on Thursday, December 1. Bookmark this page or head over to fb.com/rapplerdotcom. – Rappler.com