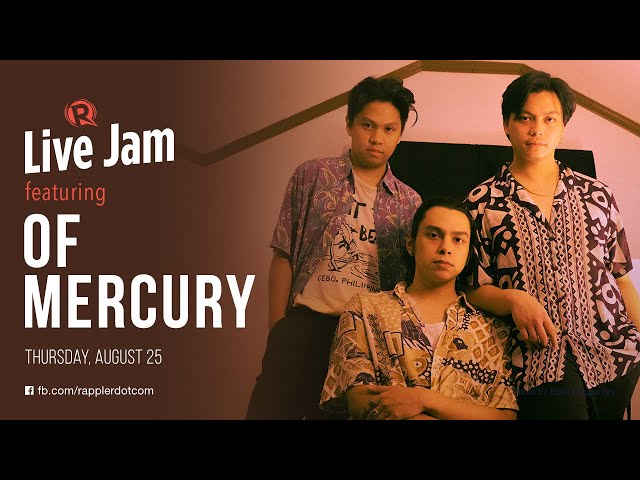 MANILA, Philippines – Of Mercury is performing on Rappler Live Jam!

The alternative pop/soul trio first came together in 2017 as Nathan & Mercury and became known for their singles “Fools” and “Fake Love.”

In October 2021, the band changed their name to of Mercury, and released their two-track EP Changin’ Vol. 1, introducing a groovier sound more reminiscent of funk and ‘90s hip-hop.

The EP would be followed in 2022 with a slew of releases, including “New Highs,” their collaboration with Chinese producer Crazy Donkey, and another EP Changin’ Vol. 2.

The group is currently releasing tracks under Changin’ Vol. 3, including their latest single, “Enough,” which came out on August 24.

Catch the band as they perform their songs and talk about their music on Rappler Live Jam on Thursday, August 25, at 8 pm. Bookmark this page or head over to Rappler on Facebook. – Rappler.com