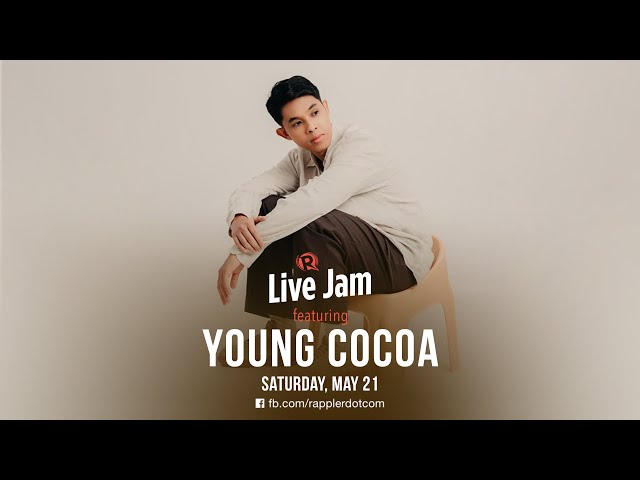 Influenced by the likes of Frank Ocean, Kanye West, Anderson .Paak, and Tyler the Creator, the hip-hop artist first began writing songs in late 2018, just as a way of playing around with the genre he is a fan of.

Before he knew it, he had released his first song, “Quezon Don.”

He was approached by Southeast Asian label OFFMUTE in 2021, and released several singles under the label, including “Zesto,” “Seasons,” and “Manila” – his viral hit that was included in a Spotify playlist of K-pop star RM of BTS.

In this music session, Young Cocoa introduces his latest single “Nova” as he talks about his beginnings as an artist, his songwriting process, and his future plans.

Catch the show on Saturday, May 21, at 8 pm. Bookmark this page or head over to fb.com/rapplerdotcom. – Rappler.com