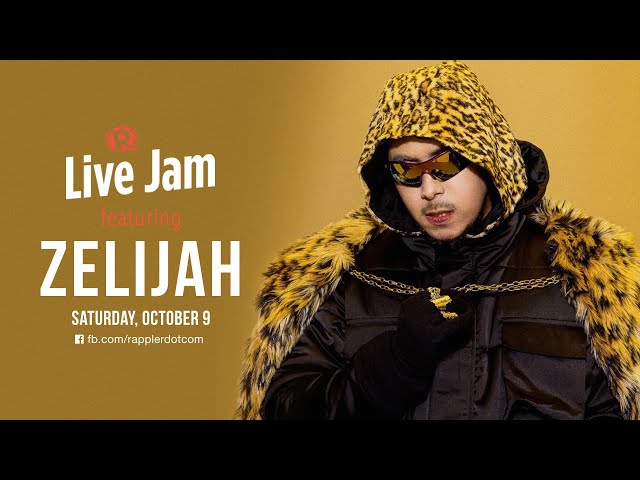 The rapper and producer first got into music when he saw a piece of DJ equipment from a friend. After learning how to use it, he began DJ-ing in underground gigs in Cavite. Soon enough he was playing gigs in clubs in Metro Manila.

Being a DJ allowed him to make connections in the music scene and before long he started producing his own tracks in collaboration with different artists.

In 2019, he released an album, Saint Elijah, and most recently released a new EP, Press F to Drop Out, in collaboration with rapper Ellis G.

Catch Zelijah bring his music to this virtual Live Jam on Saturday, October 9, at 8 pm. Bookmark this page or head over to fb.com/rapplerdotcom. – Rappler.com