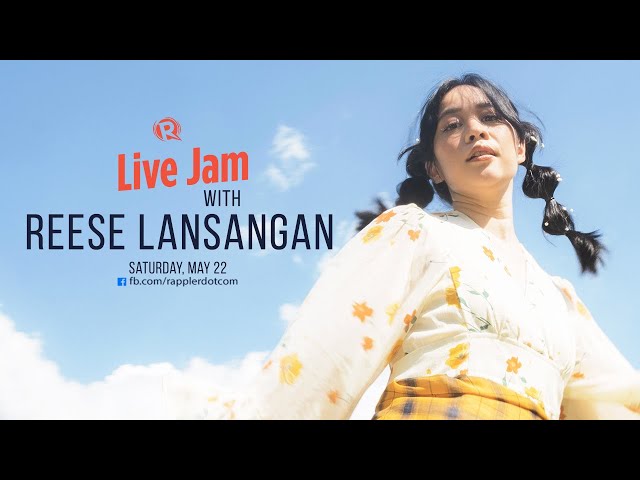 The indie pop trailblazer first performed on the Live Jam stage in 2016, and is returning with a set from her home ahead of the release of her second album.

She has opened for artists like Hayley Williams and Oh Wonder for their Philippine shows, and has also performed alongside artists like Temper Trap and LANY.

Reese recently released the singles “What Is This Feeling?” and “Orbiting,” both part of her sophomore album, Time Well Spent. The new album will be released on May 31.

Catch Reese as she performs on Rappler Live Jam on Saturday, May 22. Bookmark this page or head over to fb.com/rapplerdotcom. – Rappler.com