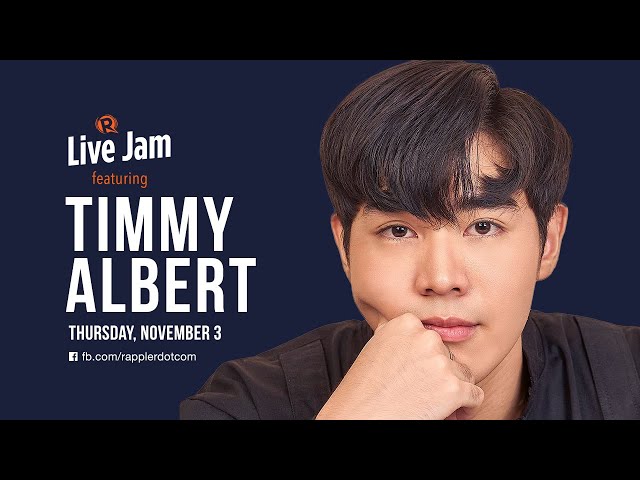 The singer-songwriter found inspiration from his parents, who guided him in learning to play instruments and writing songs, and influenced his taste in music.

He started out performing in various school gigs around Metro Manila, befopre releasing several songs that earned millions of streams on Spotify.

He recently released his latest single “Best Mistake,” a piano-driven track about wanting to win a person back.

Catch Timmy as he talks about his music and shares a few songs on Rappler Live Jam on Thursday, November 3. Bookmark this page or head over to fb.com/rapplerdotcom. – Rappler.com