Elwood Perez’s Esoterika: Maynila is a masterpiece, which is strange considering that it does not conform to the ordinary standards of what constitutes a good film, or more accurately, a film of “good taste.”

See, whenever a film is claimed to be good, there will always be expectations of fluid storytelling, gorgeous visuals, immaculate performances, and a sweeping score that ties all the elements together. Esoterika: Maynila has none of that.

It is a film that neglects most of the rules. It is haphazardly plotted to the point of confusion. The performances of many of its actors are awkward and lacking the command to support any illusion of reality out of all the cinematic fiction. The film is just so stubbornly bizarre, and in turn becomes a mutant creature that is simply astonishing to behold in all its unabashedly grotesque beauty. Esoterika: Maynila is about Mario (Ronnie Liang), a nursing student who also works at a Chinese restaurant at night. There, he chances upon the group of Donato (Federico Olbes), an art collector, Raul (Vince Tanada), Donato’s ward and partner who aspires to be an opera singer despite his shady roots, and Mona (Adella Aura), a recent widow who has taken a liking to Mario’s peculiar naivete and charm.

Through the trio, Mario is introduced to the other side of Manila, the side where the filthy rich are allowed to do whatever they please as their imagination can allow. As Mario goes deeper into the lives of the people he meets, he gets sucked into a world where gender and sexuality mix and dissipate, social structures become more apparent, and vampires, or at least the ones that exist within the realm of reality, are all too ready to spread their disease.

Manila in the claws of light Liang is an odd choice to play Mario. He isn’t particularly gifted in terms of acting prowess but it is that exact lack of any unnecessary emotion he brings into Mario that makes the character so intriguing. In a way, he one-ups Bembol Roco in Lino Brocka’s Maynila sa mga Kuko ng Liwanag (1975) in a way wherein his Mario is less a victim of Manila’s cruelties and more a wide-eyed wanderer.

This is basically what separates Perez from Brocka and his modern-day advocates. Perez indulges, while Brocka perennially laments. Esoterika: Maynila is replete with all the vices that most filmmakers are all too ready to pounce on with their judgmental eyes for all the world to witness with shock and reprehension. However, Perez treats these vices as color. He celebrates the chaos and the madness. He champions love of whatever kind. He finds light in the dark and dingy places all of us are all too willing to abandon with such disdain.

Esoterika: Maynila is never depressing, even though it frequently dabbles in melodramatic tropes perhaps to emphasize its allegiance to lowbrow entertainment.

It maintains its giddy disposition from start to finish, whether it morphs from one form to another. It consistently fascinates with its imaginings of a metropolis that is not too far from the truth despite the brash strangeness Perez peppers it with.

To call Esoterika: Maynila merely campy is a disservice to its brilliance. This is not bad cinema, the type where all the bad elements result in something miraculously pleasant. The film simply embraces the demands of its ambition, which is to showcase Manila in all its naked glory, with all its warts and beauty marks exposed. 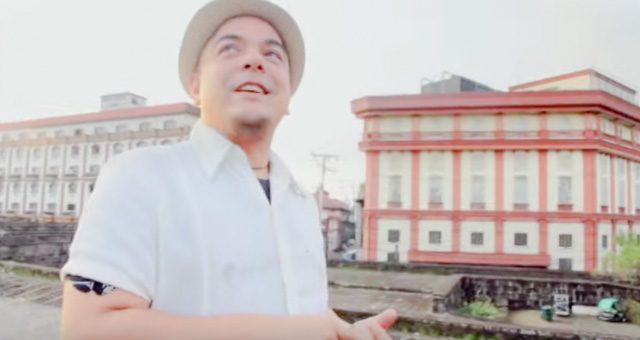 Carlos Celdran, who plays what appears to be a fictionalized version of himself in the film, explains to Mario that the Philippines, with Manila as its centerpiece, is a country that spent 300 years in the convent, and 50 years in Hollywood.

With Esoterika: Maynila, Perez brazenly expounds on Celdran’s commentary with a film that speculates on what has happened since, which seems to be something as fabulous as it is troubling: a city of art and fart, an armpit of a metropolis, where love, life, beauty and madness conspire to cloud truths for the sake of still being human despite the odds. – Rappler.com