Oct 16, 2015 5:54 PM PHT
Oggs Cruz
Facebook Twitter Copy URL
Copied
'The romance the film serves is an idealistic one, a figment of fantasy rather than the core of a discourse,' writes Oggs Cruz 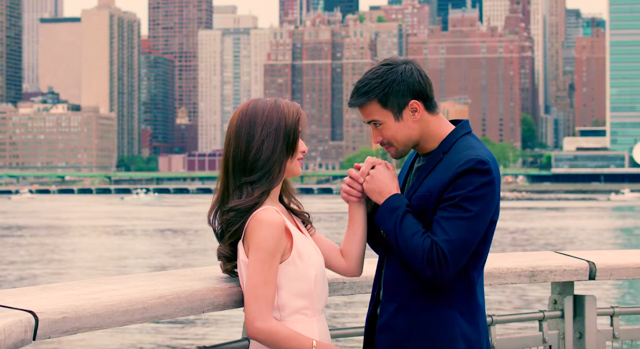 The romance in the middle of Jun Lana’s The Prenup is both sudden and silly.

Wendy (Jennlyn Mercado) meets Sean (Sam Milby) in a road accident. From being foes, they become acquainted while seated to each other in a long haul flight from Manila to New York City. They fall for each other while walking the streets of Manhattan. Before returning to Manila, Sean proposes to Wendy in what would seem like the perfect ending to a fantastic love story.

The film’s conflict arises when they arrive in Manila to prepare for their wedding. The couple discovers that despite their immense love for each other, their families who belong to different social classes, just can’t get along, hence, the need for the titular prenup.

All charm, no substance

It is a problematic setup.

Lana employs all the tricks of the trade to rush into a romance that becomes the center of the comedy of conflicts that the film ambitions for. The lovers Lana created are perfectly suited for each other. They are both unrealistically attractive. Their faults are endearing. Their connections are predictable. The contrivances that push them together are also a tad too convenient for comfort.

The result is a love that is all charm but without a lot of substance. Lana embraces the gloss, recruiting the aspirational glaze of Manhattan to add to the manufactured allure of the predictable story. Its quirks are derivative, with Lana fashioning Wendy out of the most successful of rom-com leading lady molds – the very modern and quick-witted hopeless romantic who pines for a long-lasting love life without being too dainty about lustful desires.

The romance the film serves is an idealistic one, a figment of fantasy rather than the core of a discourse. It is but the bait to a carefully draped agenda.

What ultimately separates The Prenup from the rest of is the noticeable abundance of gay characters. It isn’t strange to have romances provide a space for a gay character or two, perhaps to serve as a humorous sidekick to one of the leads. Lana however populates the film with more than just a token tribute or an erstwhile comic relief, leading to a notion that is more to the film than just momentary flutters for the heart.

Perhaps the most intriguing aspect of Wendy’s character is the fact that she was raised by a gay couple (Gardo Versoza and Dominic Ochoa). During her early conversations with Sean, she insists on that facet of her identity, almost to the point of refuting antiquated arguments regarding the repercussions of same sex unions. Later in the film, Versoza’s character confesses to Wendy of his own relationship difficulties.

Clearly, this and the story’s preoccupation with the affairs of its gay characters are not mere coincidences. They are evidence that there is a grand design to direct a discourse towards an agenda that is bigger than an escapist notion of love, even if it was not the main intention of the film’s capitalist investors. 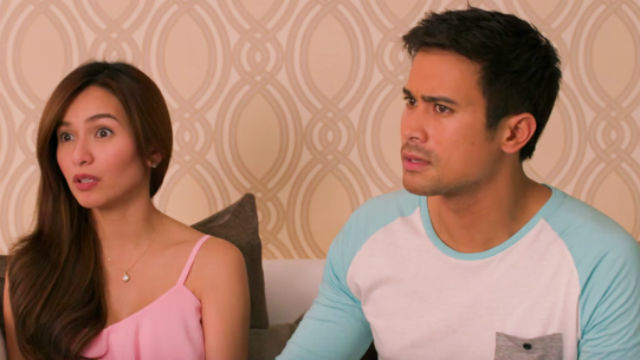 The Prenup is cleverly subtle in its being subversive. The predictable story Lana has written is blunt in its depiction of true love, whether or not it is depicted within the realm of what is real and possible. That perfectly beautiful love is hindered by prejudice, which only becomes apparent when the lovers leave America and set foot on the Philippines.

Simply put, it wouldn’t be too far-fetched to see the film as a commentary of the country’s backward appreciation of all types of love, as shown by a stubborn refusal to acknowledge to legalize same sex unions. The prenuptial agreement, with its unreasonable terms that are meant more to force the lovers into believing that their romance is a faraway dream, echoes the same traditional perception of love that fails to be inclusive.

Sadly, The Prenup still succumbs to convention, ending on an escapist note where staunch biases and prejudices are extinguished by a mere change of heart. In a way, the disappointingly agreeable conclusion to all intertwining conflicts that resulted from Wendy and Sean’s instant romance fails to acknowledge the pain and the struggle of being denied a love because of the flimsiest of reasons.

Still, it is admirable how Lana was able to say so much without breaking rules and pockets. – Rappler.com