WATCH: After ‘Heneral Luna,’ a movie on Gregorio del Pilar is in the works, Paulo Avelino to star 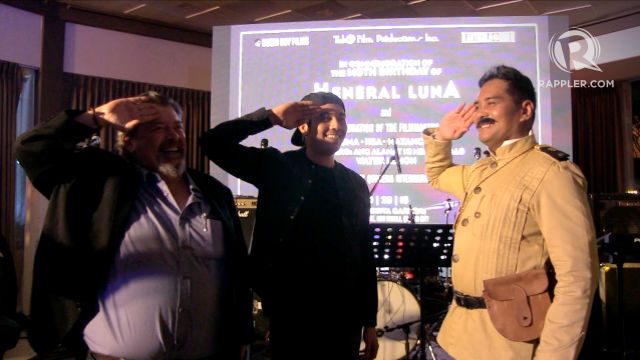 MANILA, Philippines –  After the success of Heneral Luna, a movie about the young soldier Gregorio del Pilar is on the way. This was announced by film producer EA Rocha at the thanksgiving party for Heneral Luna Thursday night, October 29. (READ: ‘Heneral Luna’ Review: Essential viewing)

Actor Paulo Avelino is set to star, while Jerrold Tarog, who helmed Luna, will direct.

Paulo starred alongside John Arcilla in Heneral Luna as General Gregorio del Pilar, a young general during the Philippine-American war, known for leading, and later dying at, the Battle at Tirad Pass. Del Pilar led a troop of Filipinos against American soldiers, allowing then-president Emilio Aguinaldo to escape to safety.

(I just really hope people support it, that it matches, if not equal to the support for Heneral Luna, I hope it goes past that.) 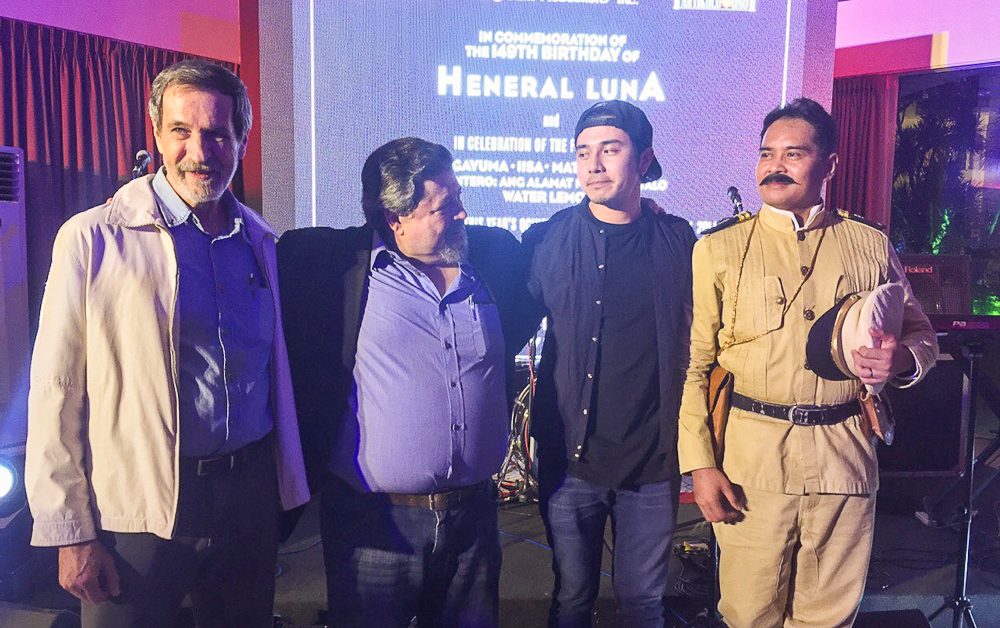 According to director Jerrold, he’s still in the process of doing the research for the film. “[Filming] for Goyong? Hindi pa (not yet), research palang. I just started reading up on certain biographies, kay Tedoro Kalaw, and baka umakyat akong Tirad Pass, yun (I might go up Tirad Pass),” he said. Kalaw was the secretary of former president Manuel Quezon, while Tirad Pass is where del Pilar died, leading a battle against the Americans.

Throughout the interview at the party, the director referred to the del Pilar film as “Goyong,” del Pilar’s nickname. When asked if that is the title, he replied, “I think so.”

(She’s the only female officer that led troops in the battle. Her character is very badass too.)

Given the many Filipino historical figures he could choose from, reporters at the party asked why Jerrold chose del Pilar and Quezon in particular as the focus of his next films. “They’re as fascinating as Antonio Luna,” he answered. “Pareho silang – silang tatlo are very heroic na people, pero at the same time, meron din silang mga dumi sa pagkatao nila.“

(They’re both – the 3 of them are very heroic people, but at the same time, their characters are flawed as well.)

He added that these characters are more interesting than the typical saint-like portrayal of our national heroes. The party was also held to commemorate the 149th birthday of General Antonio Luna.

Heneral Luna is about General Antonio Luna, known as one of the country’s best military men but also well known for his fierce temper and demeanor. The film was directed by Jerrold Tarog and starred John Arcilla as Antonio Luna. (READ: John Arcilla on bringing ‘Heneral Luna’ to life)

Heneral Luna was a hit among moviegoers when it was released on September 9, earning P200 million early in October, and earned raves from critics and audiences alike.

The film is now the Philippines’ official entry to the 2016 Oscars in the Best Foreign Language Film Category. (I was a bit doubtful because when I made Luna, I knew very well who the audience of Luna would be, which is the Filipino audience, so I don’t know how Americans would react [to the film.])

(If they respond positively, then okay, if not, it’s not something that was my mission ever since. It’s already mission accomplished, for me, that may Filipino’s have watched it, I’m okay with that.)

Will you be seeing the del Pilar movie when it comes out? Tell us in the comments below! – Rappler.com