Notwithstanding the opening disclaimer, which is for all intents and purposes is just there to absolve the creative minds behind the film of any accusation that their work is libelous, Adolfo Alix, Jr.’s Whistleblower seems to be inspired by the much-publicized travails of Benhur Luy and Janet Lim Napoles. The real-life figures’ personal and professional spats with each other have led to the grand exposé of institutionalized corruption within the highest echelons of government.

The film opens with a police operation that leads to the recovery of a certain Zeny Roblado (Nora Aunor) who has been unduly detained by her boss Lorna Valera (Cherry Pie Picache). From there, Zeny spills whatever she knows of Lorna’s shady operations to Teresa (Angelica Panganiban), a journalist.

Teresa’s exposé jumpstarts a senatorial probe on government officials who are involved in Lorna’s dubious transactions. A media circus happens, politicians dive into the mess, and confusion inevitably ensues.

Essentially, Whistleblower attempts to carve a political thriller out of current events.

In between hearings and other dramatized events, the film delves into the past of both Zeny and Lorna, pounding the political scandal with novelized backstories that punctuate the intrigue with anecdotes that supposedly humanize the characters. Unfortunately, Alix opts for convenience and explores the private lives of his publicly humiliated characters through flashbacks, which have been predictably desaturated for dramatic effect.

The result is a film with an awkward flow. Alix is simply incapable of arousing tension because he keeps on withdrawing from the trajectory of the film’s narrative by harking back to events prior to the political scandal. The film favors melodrama, which isn’t necessarily a bad thing, except that it is mishandled here and takes away the attention from the issue that really matters: the implication of grossly Machiavellian personalities within the government. In the end, Whistleblower is too scattered an effort to fully realize the impact it aspires for.

Alix and screenwriter Rody Vera have so many things they want to say about the events that shook the nation. However, their film misses the point by focusing on too many characters and too many angles. The film is just too lightweight to carry the burdens of a tainted government.

Aunor makes most of an underwritten character, Zeny, who is supposed to be the central figure of the film. Sadly, Alix and Vera chose to keep her struggles typical, underutilizing Aunor’s ability to inhabit far more complicated roles.

Here, she simply plays the seemingly innocent victim of a ruthless mastermind who is unwittingly dragged into the scandal and all its accompanying risks. Absent from the character is the guilt of being complicit in an entire nation’s bamboozlement, or the moral dilemma of being at the core of an evil scam. Aunor is wasted playing a hapless victim instead of a complex woman torn both by her sins and the duty that she was forced to take.

On the other hand, it is Picache’s character that shows greater depth. She is initially portrayed as the stereotypical villainess with ornate tastes, a bad temper, and a gang of friends whose hypocrisy is very bluntly played. However, she evolves into this three-dimensional woman whose evildoings seem to be intertwined with the psychology of a woman scorned by a marriage of convenience. 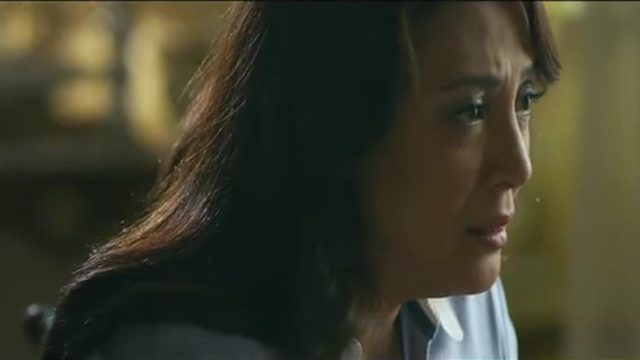 This is where Vera stretches his creative force. By carefully pinpointing the evolution of Lorna from lowly housewife to a ill-tempered but abused breadwinner, he seems to make a brazen reference to gender roles within a marriage vis-à-vis the corruption that persists in the country.

It isn’t mere coincidence that the film is heavily populated by women. It isn’t simply about gender, about the simplistic analysis that women run the show. The film deals with how a patriarchal system breeds a cycle of abuse, whether it is limited by the four corners of a typical family or beyond it – within the borders of an imperfect political system.

Whistleblower is clearly a failed experiment. However, its aspirations are deeply intriguing.

All throughout the film, the characters always find themselves trapped in a situation. Zeny is lured into a new job, but cannot escape because the information she holds will put her life in jeopardy. Lorna is way too deep into the business to even contemplate a possibility of peace. She is as married to corruption as she is married to an inept and abusive husband. In a way, the film uses the permanent institution of marriage as a metaphor for the culture of exploitation that pervades the country. There is simply no way around it, and the powers that be have all the impudence to cheat with other partners, to replace the old with the new – simply to maintain the status quo that allows for the cycle to continue. If just for that farfetched notion, Whistleblower seems to aim to be the most audacious mistress movie ever made. – Rappler.com