Movie reviews: What critics are saying about ‘Finding Dory’ 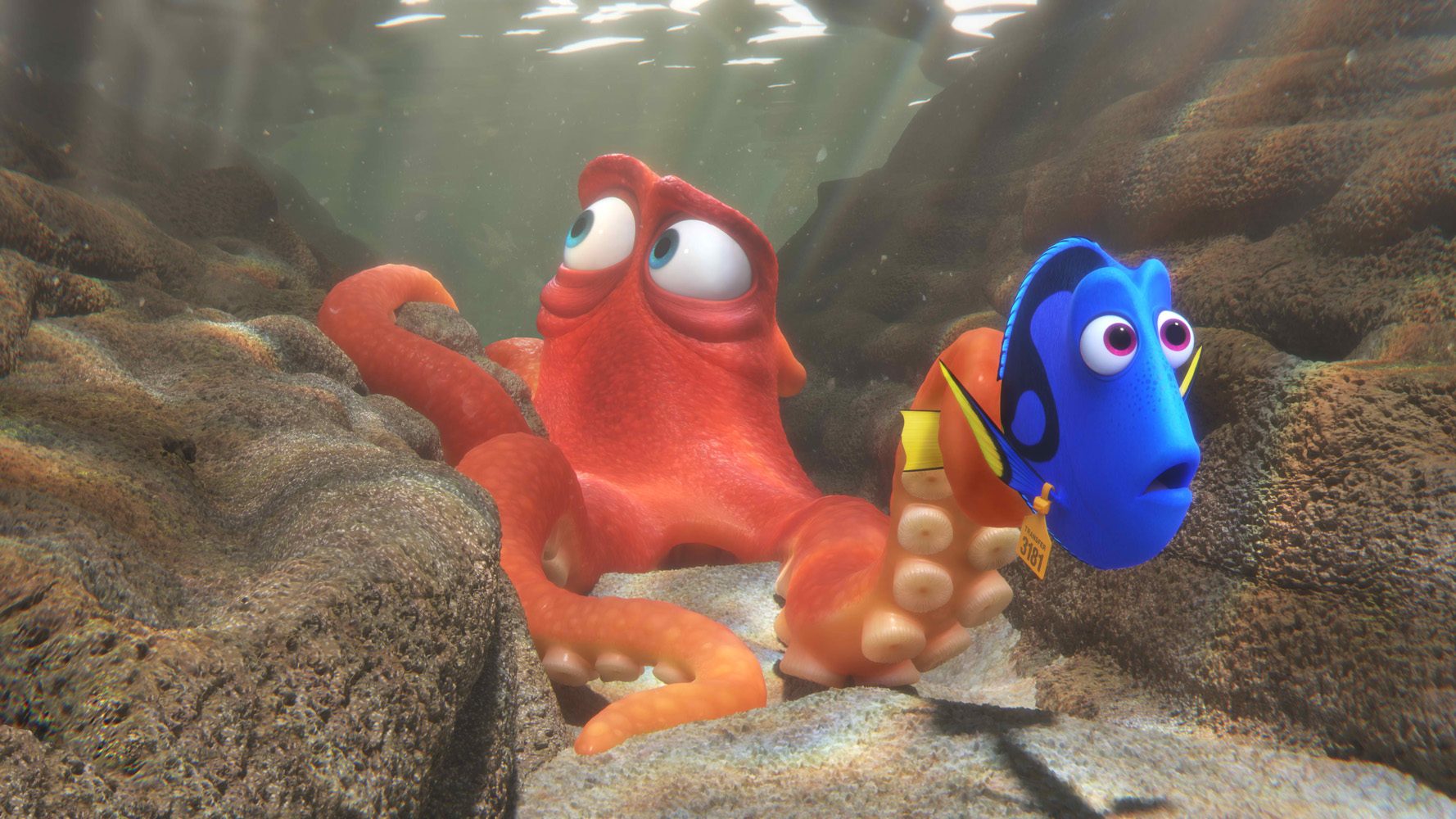 Facebook Twitter Copy URL
Copied
'Finding Nemo' seems to be a tough act to follow, but does 'Finding Dory' deliver? Movie critics weigh in on the sequel

MANILA, Philippines – It has been 13 years Finding Nemo hit cinemas. Back then, worrywart clownfish Marlin, together with a forgetful blue tang named Dory, faced a lot of odds to find his son, Nemo. This time, in Finding Dory, the spotlight is on the fish who kept to her “just keep swimming” mantra.

Dory suddenly gets a spark of a memory from her childhood, driving her to embark on a journey to find her family. Along the way, they meet several new characters like Hank the septopus, sea lions Fluke and Rudder, Bailey the beluga whale, Destiny the whale shark, and even a loon named Becky, whom Nemo “trusts” as a friend. (READ: 12 things to know about Pixar’s ‘Finding Dory,’ featuring life after ‘Finding Nemo’)

Disney Pixar movies often come with great expectations, and the first film has become quite the endearing tale with such memorable characters such as the sharks Bruce, Anchor, and Chum (“Fish are friends, not food”), the sea turtles Squirt and Crush, and more. (READ: Pixar reveals new ‘Finding Dory’ details)

Comparisons will then be inevitable. Across the ocean, critics have already seen Finding Dory and they’ve decided whether the new story lives up to its predecessor.

Variety’s Owen Gleiberman said that Finding Dory does indeed live up to expectations. He wrote, “In a summer of tepid and disappointing sequels, audiences from around the world will be grateful to encounter a sequel to a movie as beloved as Finding Nemo that more than lives up to the first film’s casually magical charms.”

While he praised the “even more ravishing” visuals “under the sea,” he also thought that the film expanded on the Ellen DeGeneres-voiced character, saying that the film “figured out how to take an already perfect character and deepen her in an exquisitely satisfying way.”

On the other hand, Finding Dory, as EW’s Chris Nashawaty wrote, “would be a triumph for any other animation house. But for Pixar, it’s…fine.”

“A lot of people who loved 2003’s Finding Nemo will pay to see this new follow-up and walk out feeling like they got their money’s worth. But it’s not Toy Story or Inside Out or even Nemo.”

“Finding Dory adheres to the maxim that if it ain’t broke, don’t fix it. It’s basically the same tale told in Nemo with some chairs moved around and a fresh coat of paint,” Nashawaty added.

“Its heroine may suffer from short-term memory loss, but viewers with any memory at all will realize that Finding Dory falls rather short of its wondrous progenitor,” wrote Todd McCarthy for The Hollywood Reporter.

For McCarthy, while there was enough comedic fodder to be found in the film – especially in its wacky new characters: “This offspring isn’t nearly as imaginative and nimble-minded as the forerunner that spawned it.”

Brian Truitt for USA Today also compared Finding Dory with Nemo: “While the animation is still top-notch and a slew of new waterlogged personalities buoy the story, it doesn’t have nearly the same sense of heart, wonder and awe as Nemo.”

“There was a joy in exploring the never-ending ocean and its colorful inhabitants in Finding Nemo, but that’s missing in Dory,” wrote Truitt, however adding that Ellen DeGeneres “adds a youthful naivete and innocence that at times makes Dory the funniest character in the film.”

Forbes contributor Scott Mendelson, on the other hand, was concerned with the film’s pacing and plotting. “There is a certain redundancy in its various near-misses and almost-triumphs that delay the film’s possible (no spoilers) reunion,” he also said.

“The A-to-B-to-C structure resembles a video game, as its main characters try to escape from one enclosed space or outdoor peril to another to get to a potentially arbitrary destination.

Towards the end of his piece, however, he said, “Finding Dory is mostly pretty good. It is sweet, funny, occasionally exciting, and gets better as it goes along. If I’m a little disappointed in the plotting, I won’t deny that it’s never less than entertaining.”

For David Ehrlich of Indiewire, Finding Dory “doesn’t feel lazy, cynical, or like a rehash. On the contrary, it does what a sequel should — it’s a compelling argument for why we make them in the first place.”

He acknowledged that even if the movie explored a familiar world built in the original Nemo film: “What the studio’s latest lacks in originality, it more than makes up for in feeling.”

Alonso Duralde from The Wrap highlighted DeGeneres’s performance at one point of his review, saying that she “finds the well of loneliness within [her] jokey sidekick character [Dory], and her yearning for the home she forgot she had is palpable.” However, he thought that the film “never quite hits that sweet spot of sadness. The film definitely pushes our buttons as it portrays loss and separation, but it never slows down enough to let us ache.”

For Duralde: “Finding Dory is rousingly entertaining, with side-jokes and supporting characters that will take their place in the pantheon alongside the ‘Mine! Mine!’ seagulls and surfer-dude turtles […] from the original.”

“In a year full of sequels nobody really wanted, this is one that deserves to be mentioned in the same breath as the first one; for that alone, it just keeps swimming against the current.”

Will you be watching Finding Dory when it comes out in Philippine cinemas this June 16? Let us know in the comments! – Rappler.com