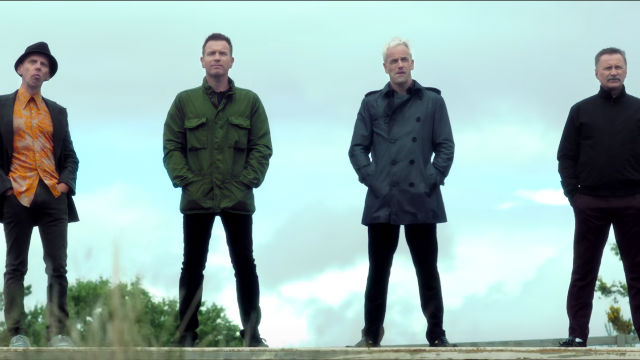 LOS ANGELES, USA – Fans were given a sneak peek Monday, July 25 at the hotly-anticipated sequel to Trainspotting, 20 years after it delighted critics and shocked Hollywood with its vivid depiction of Scotland’s heroin subculture.

The iconic black comedy’s original cast – fronted by Ewan McGregor, Ewen Bremner, Jonny Lee Miller and Robert Carlyle – have been reunited for the new film, which has the working title T2.

The sequel also sees the return of director Danny Boyle, who has become a household name over the last two decades with a host of critical and commercial hits including 28 Days Later and Slumdog Millionaire.

In an echo of the original, a 41-second teaser released on the film’s Twitter account shows Renton, Spud, Sick Boy and Begbie standing on a platform as a train passes by, with Iggy Pop’s “Lust for Life” playing in the background.

Trainspotting, which earned screenwriter John Hodge an Oscar nomination, followed a group of bored twentysomethings in the deprived east coast port of Leith during the 1980s.

The film sees protagonist Renton and his circle of friends struggle with poverty, heroin addiction and the threat of HIV infection before embarking on a lucrative drug deal in London.

Movie magazine Total Film named Trainspotting the fourth greatest British film of all time in 2004, while in 2009 a panel assembled by the London-based Observer newspaper made it the best British movie of the previous quarter century.

Boyle said in a 2008 interview with film website AV Club he was waiting for his cast to age sufficiently because they were “a little heavier, but they basically look the same.”

“Actors stay suspended in that timeless moment where they’re moisturising and looking after themselves and making sure they keep fit and healthy, because it’s their work, it’s their future employment,” he added.

“But when time ravages them, we will be waiting for them.”

T2 is due for release on January 27 next year in Britain and a week later in the United States. –Rappler.com