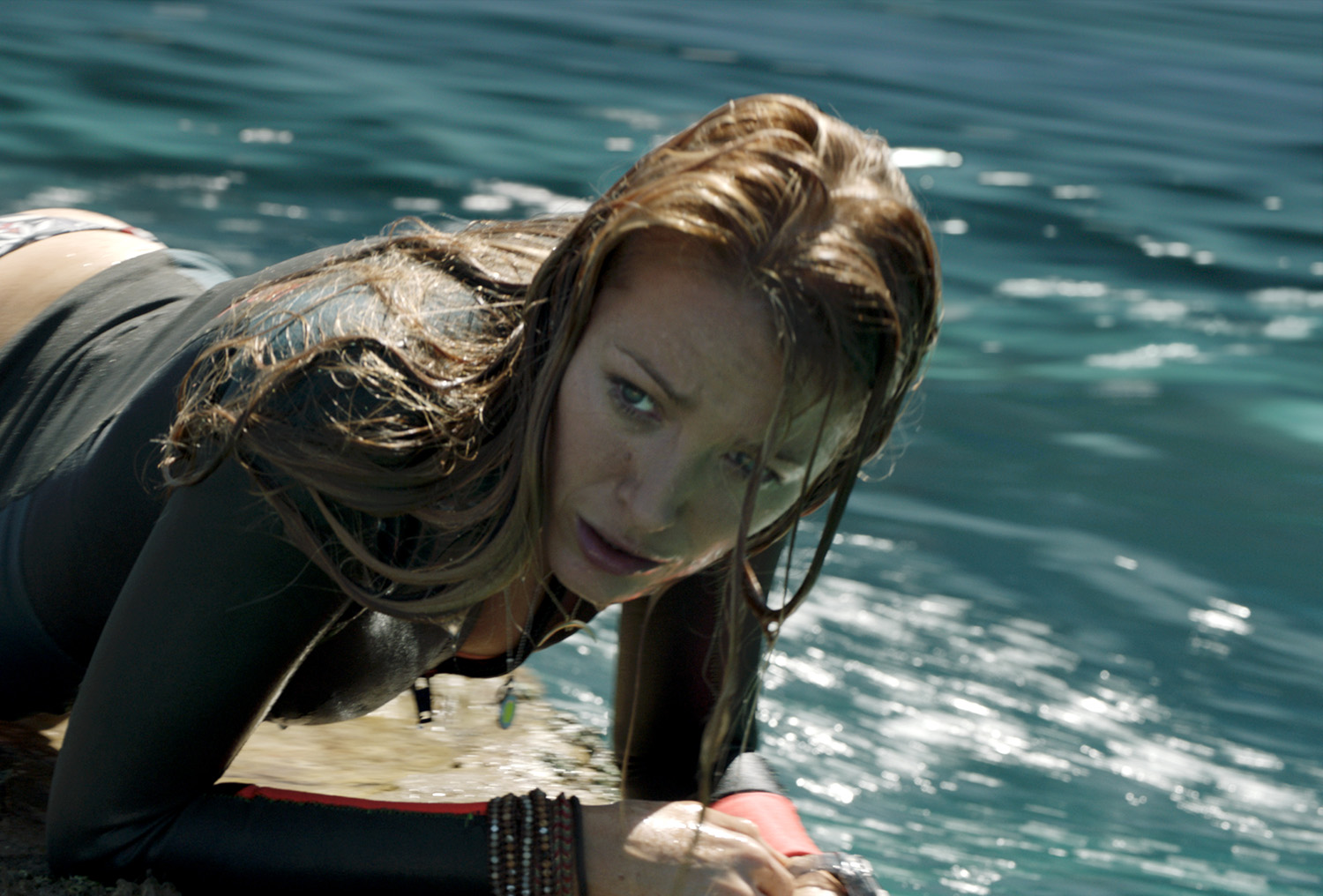 The title of the movie obviously refers to that part of the ocean where med school drop-out Nancy (Blake Lively) is matched with a human-hating shark.

However, it can also refer to why the movie, set into action with such minimalist flair by Unknown (2011), Non-Stop (2014) and Run All Night (2015) director Jaume Collet-Serra, is such a hoot.

The Shallows is admittedly shallow – but effective entertainment. Its value hinges on its capacity to deliver the most basic of thrills without the fervent need to expound on anything. All it needs is a girl, a buoy, and a sea with a shark and every other underwater danger possible that separates them.

The Shallows starts off like Danny Boyle’s 127 Hours (2010), and all the other tourist-turned-victim flicks. Here, the protagonist is depicted as a carefree adventurer who is out to conquer the world – only to end up in pain and suffering all for everybody else’s entertainment.

Nancy’s on her way to a secluded Mexican beach via a rundown jeep driven by a chatty local (Óscar Jaenada), while she exchanges text messages with a hungover friend who can’t accompany her.

She gets there safe and sound and sees that the place is heaven on Earth – a piece of uncelebrated real estate that is postcard-perfect from every angle. Without even a warm-up, she hops on her surfboard and surfs the afternoon away. 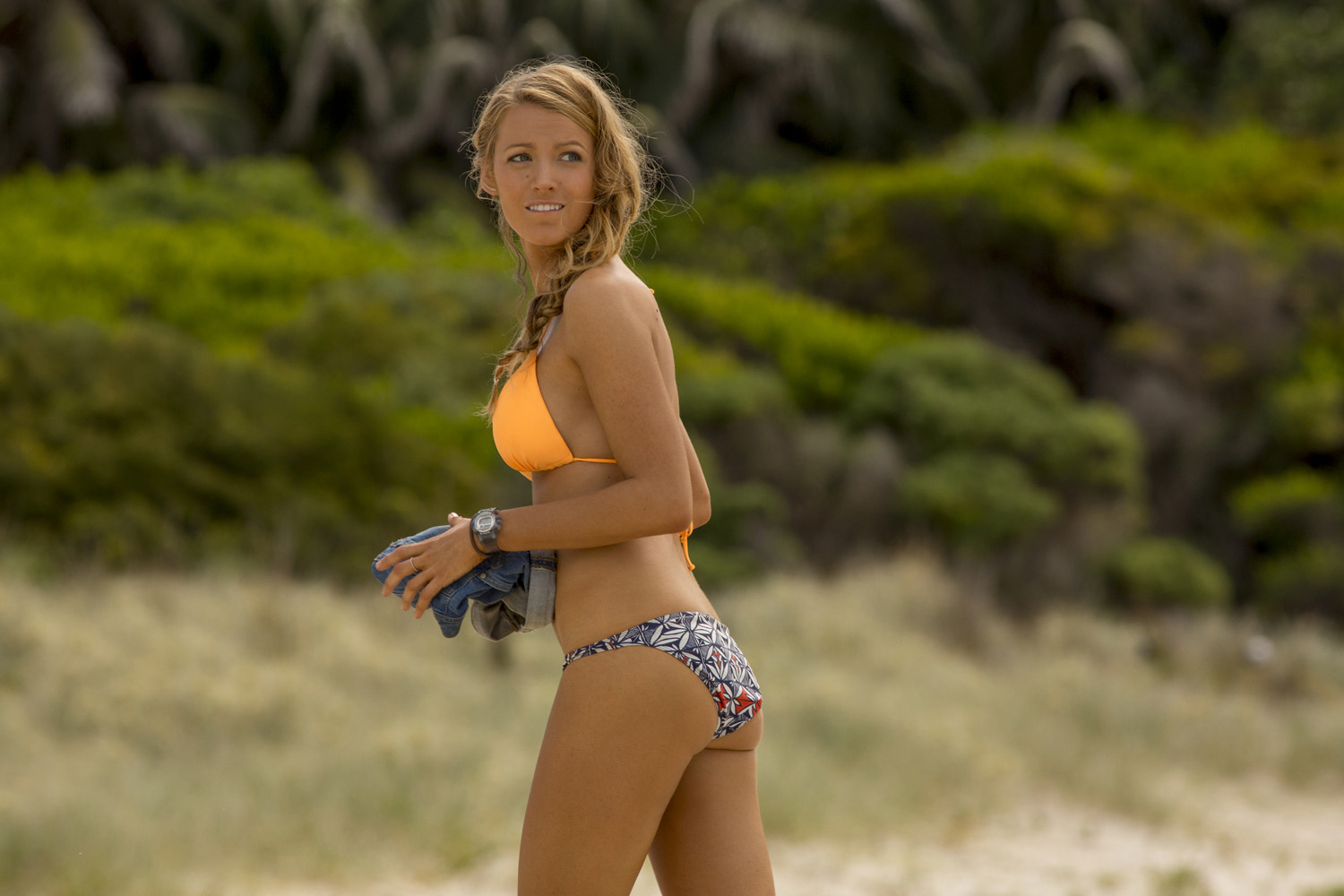 It isn’t cramps that gets her, or the pair of suspicious happy-go-lucky surfers that she meets mid-ocean. It is the bloodthirsty shark that is disturbed from its sumptuous meal of decomposing whale carcass by Nancy’s curiosity. The shark bites a bit of Nancy’s leg, forcing her to take refuge on top of a rock alongside an injured sea gull.

Now it’s just up to her and her indefatigable will to survive that will save her from being turned into fish food.

The screenplay by Anthony Jaswinski gives Nancy just enough character for the audience to root for her.

Through the pictures she’s stocked on her smartphone and the video calls she does with her dad and sister from faraway Texas, the audience gets a glimpse of the trauma she harbors and the people she holds dear – all of which the film efficiently utilizes as both emotional and thematic fuel for her desire to keep herself alive. 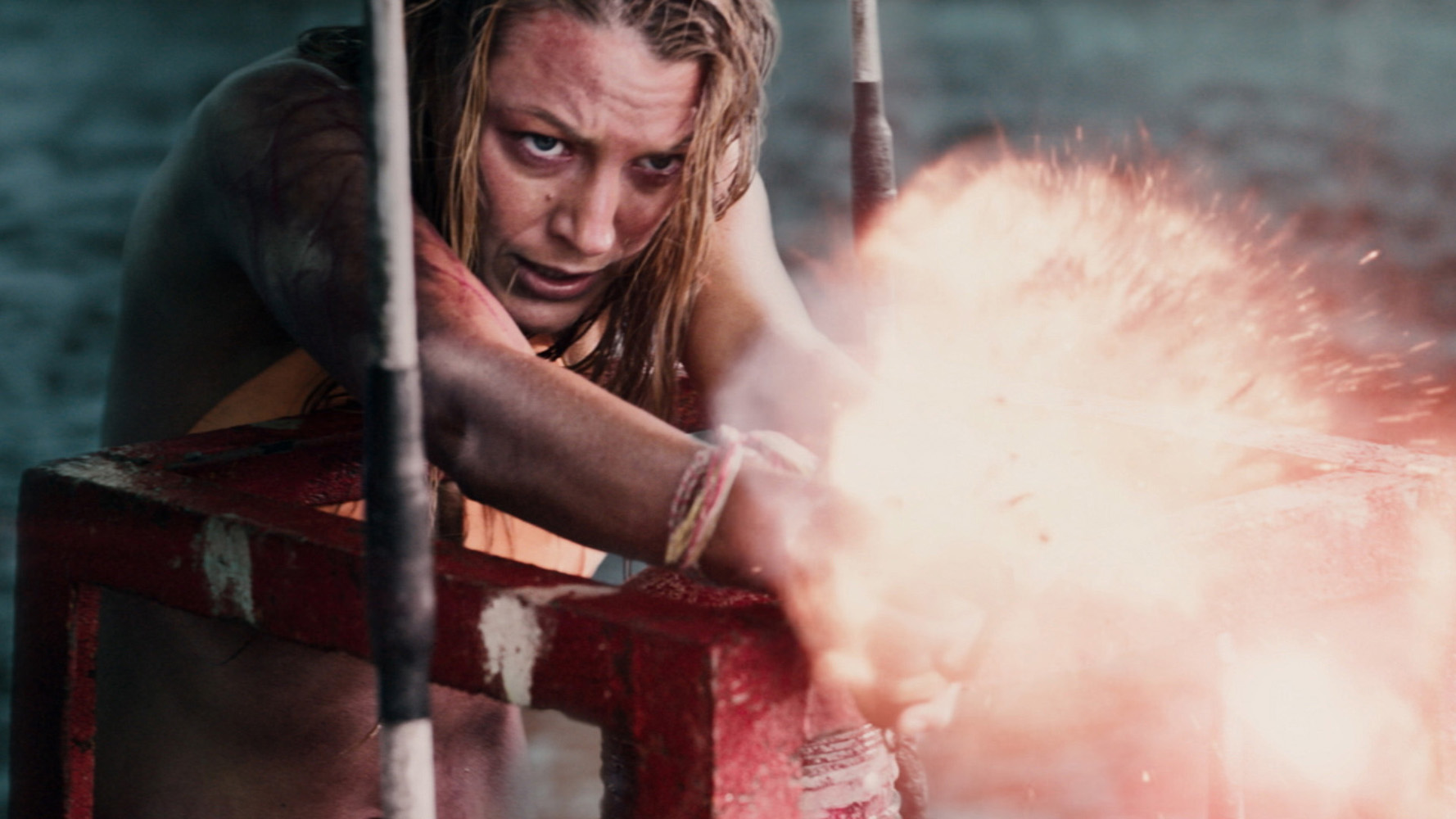 The film cleverly doesn’t burden Nancy with anything more than what the audience needs to know. The story is as thin and tight as possible.

Everything is focused on establishing how spectacular Nancy’s beach paradise is with the help of cinematographer Flavio Labiano’s gorgeous camerawork, then teases its way towards a by-the-numbers sequence of how the film’s heroine will find her way from one spot in the ocean to another without being devoured by her persistent tormentor. 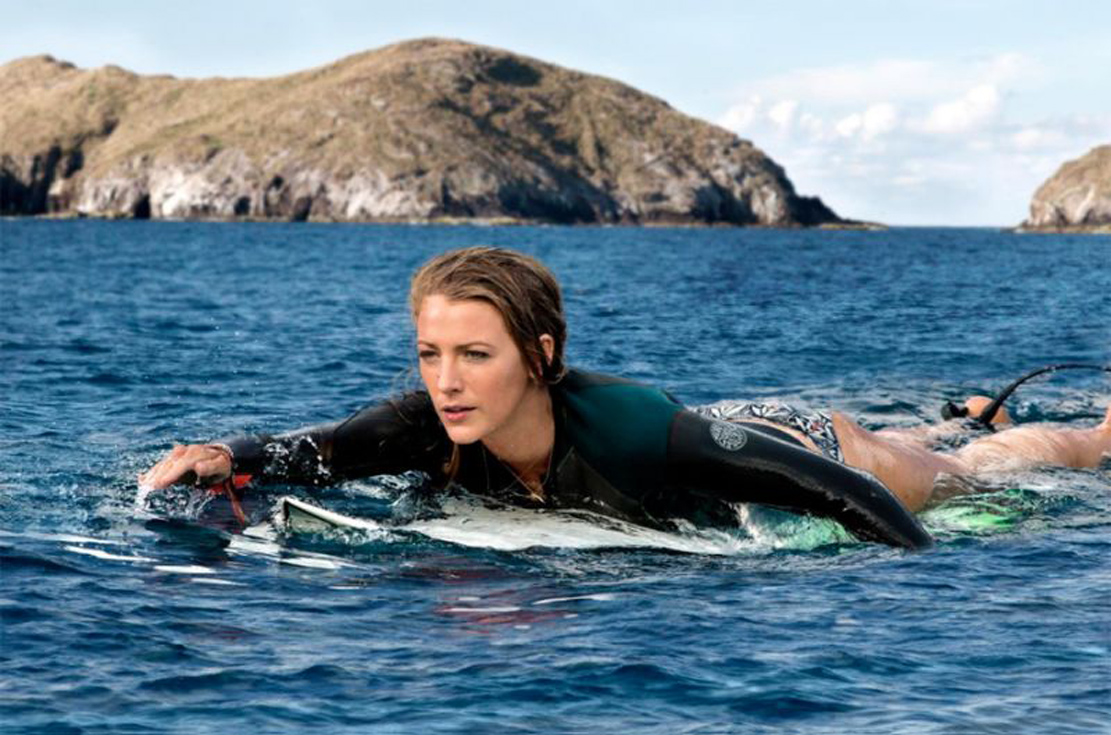 It is mainly a connect-the-dots type of patchwork, with Collet-Serra using Lively, who fits the role like a glove because she is both attractive in a Sports Illustrated-sort of way yet still charismatic enough to be more than just another picture-perfect model. It’s the same way he used Liam Neeson in his previous action flicks to represent the middle-aged man who gets cornered by evildoers to commit superhuman feats of wit and strength.

This time, Collet-Serra turns Lively into that symbol of human stubbornness and ingenuity, one that not even the most rabid and furious force of nature can ever underestimate. 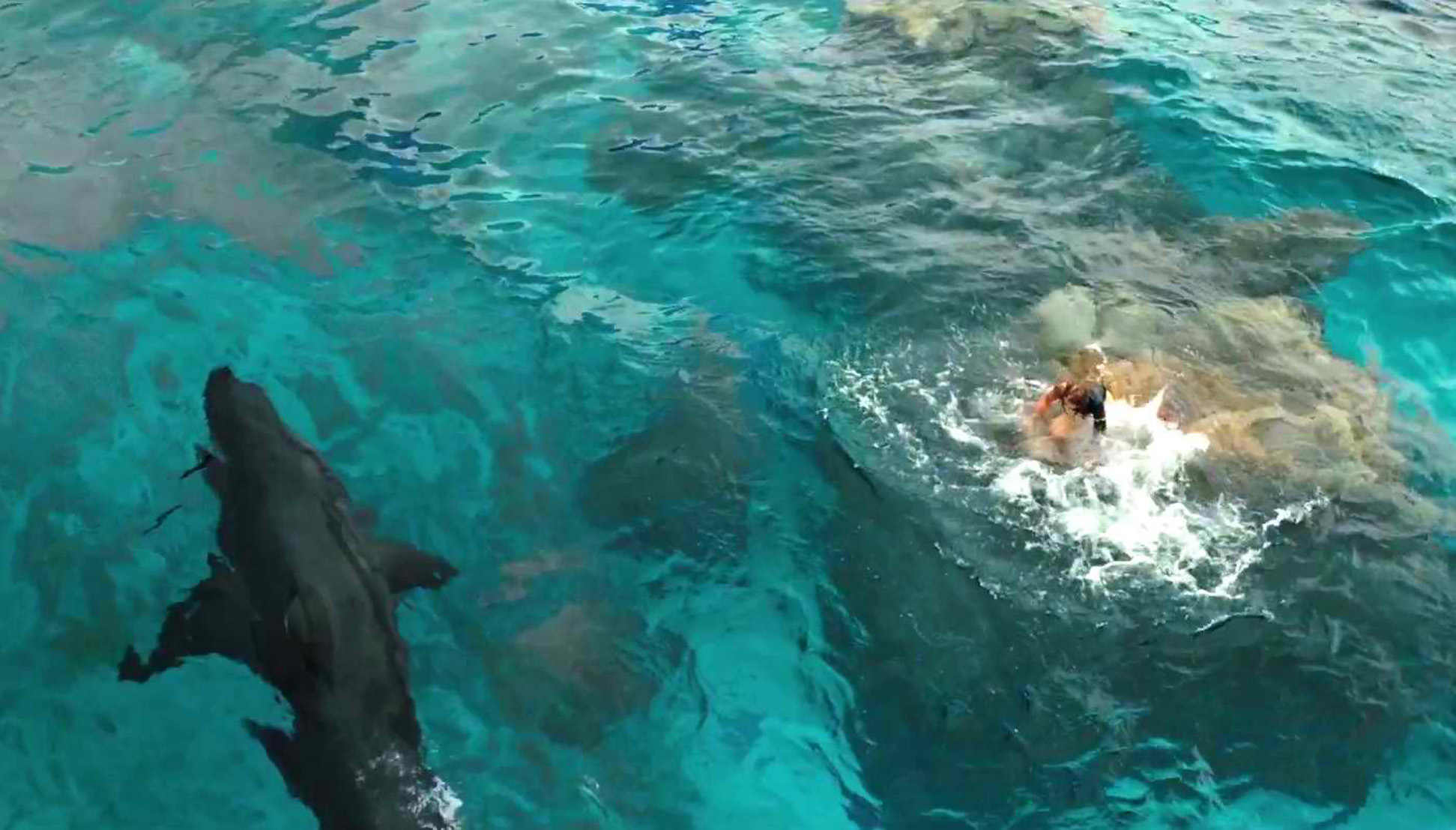 Despite its point-blank simplicity, the film feels strangely sophisticated, especially in the way it depicts a solitary lady who is dealt with everything a misanthropic imagination can conjure for torture-for-entertainment’s sake.

The Shallows is disturbingly engrossing. It is definitely designed to test its audience’s endurance for everything grisly and gross. Yet it is almost impossible not to look with utter awe at how so much primal violence can seamlessly blend with all the glossy sexuality and beauty the film was able to evoke. – Rappler.com