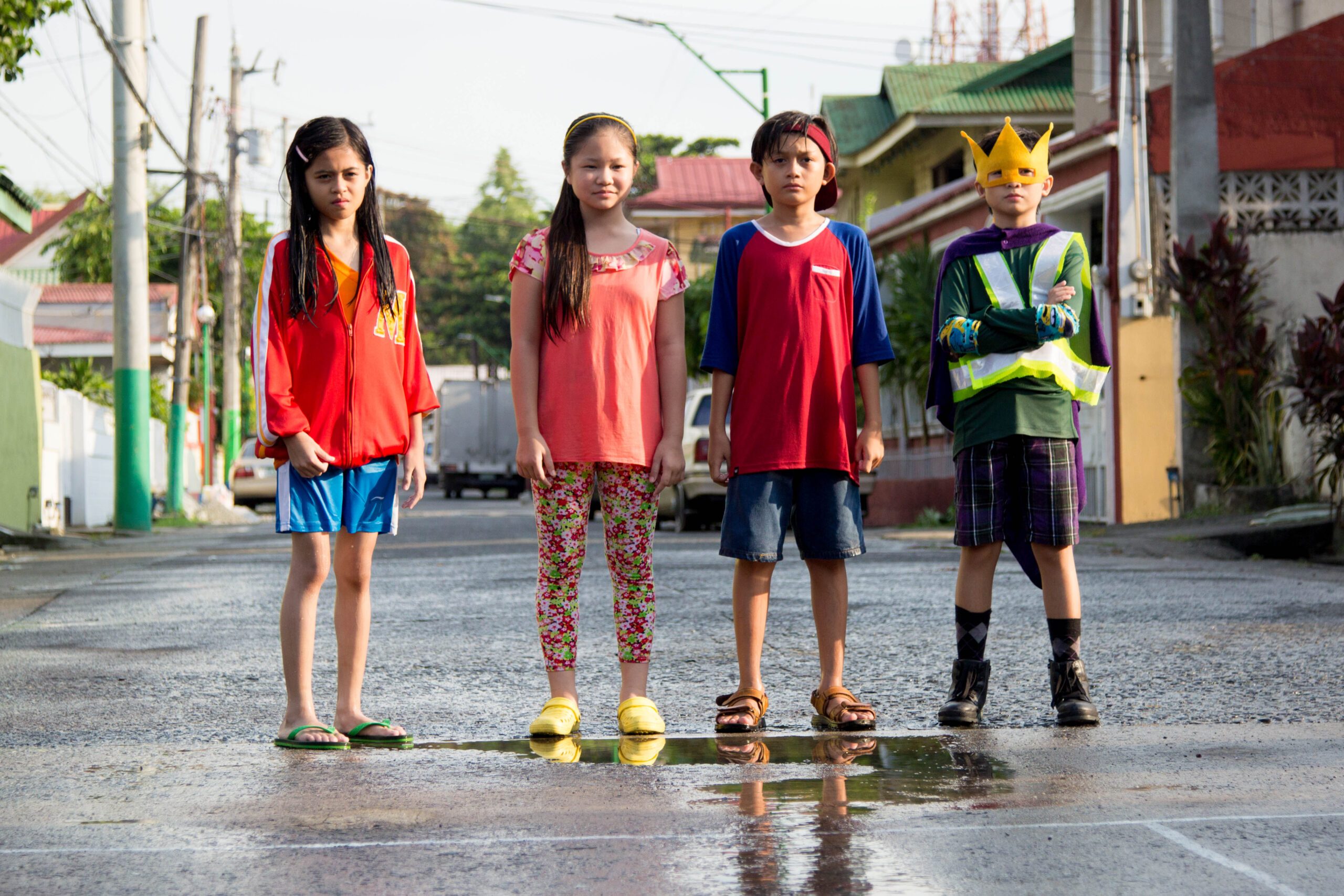 Facebook Twitter Copy URL
Copied
There's a lot to love in 'Patintero,' writes Oggs Cruz – from the film's delightful screenplay to the performances by the cast, comprised by a number of talented children

There was Pepe Diokno’s Kapatiran, an experiment to fuse documentary and fictional elements to showcase the organized chaos that is Philippine contemporary society; Jet Leyco’s Matangtubig, a procedural that is veiled in arthouse artifices; and Prime Cruz’s Sleepless, a romance that climaxes at that point where its two attractive leads are sure to not end up together.

But Patintero, about neighborhood kids who play a lot of, well, patintero, is the one film in a line-up that wears all of its intentions on its brightly colored sleeve. The clarity of its purpose, no matter how brazenly simplistic, is delightful. It didn’t need to impress with tacked-on relevance, intellect, or elegance. The film was unabashedly fun, unashamed of the simplicity that clearly separated it from its competition.

Patintero: Ang Alamat ni Meng Patalo however premiered in a form that felt like it required a bit more time in the oven. There were creases and folds that needed to be ironed out. It was obviously imperfect, and to leave it at such a state would be grossly inequitable considering that the ambitions of the film should never have been stifled by arbitrary schedules and budgetary constraints that are part and parcel of being an entry to a fund-granting film fest.

Almost a year of recutting and tweaking was then devoted to the film. The changes that were introduced to the film are not momentous, but the effects of those select changes are immense. The film flows better, with a lot of the scenes either reassembled or enhanced with either music or sound to give way to more cohesive storytelling.

The patintero sequences are now peppered with special effects, pushing it out of banality. They are also now more coherent, or at the very least, a lot more entertaining to breeze through, given that the stylizations aren’t conceived for needless extravagance but to give the film a certain feel that grants it the exhilarating exaggerations that are to be found in komiks.

Patintero: Ang Alamat ni Meng Patalo shines because it has a distinct look that curiously mixes the mundane and the fanciful. The film, set in an unadorned neighborhood that is not unlike any other in the Philippines, has a visual flavor that is whimsical and playful, turning the most ordinary of locations into dazzling stages. The film’s unique visuals are maximized, adding astoundingly to the cleverness of its disarmingly simple premise.

Thankfully, Patintero: Ang Alamat ni Meng Patalo is careful not to drown itself in spectacle.

The film’s pleasures are really not bound by bare display of gloss and color. The film is also quite hilarious. Its sense of humor targets not only children but also those who were once children. The jokes are brash, and are sometimes a bit too bawdy coming from a film that celebrates the joys of childhood. However, there is a certain charm in the way the film does not attempt to sugarcoat childhood experiences, the way most profit-motivated kids’ flicks do. It is not embarrassed to associate children with burgeoning romance or family-related trauma, treating all of those things with the same verve as it does a routine game of patintero. There are scenes where the consistent comedy that stems from the games children play gives way to the rare drama enunciated by the effect fragile innocence has on life’s tragedies. The film’s most precious moments stem from these. The idle conversations by the film’s battalion of comical characters are littered with kinks and peculiarities that complement the wild world that Vergara is trying to shape with his bold and delirious directorial flourishes. The performances by the children are all top-notch, with each of the kids, whether they are playing lead roles or any one of the quirk-riddled supports, seemingly understanding the fun aspect of their respective parts.

While it is carved from nostalgia, it doesn’t rely on it. It builds on the memories of a less complicated past, creating an adventure that doesn’t alienate anybody who do not share the same memories. Instead, it welcomes them by creating a world whose appeal is universal despite the fact that its subject matter is very specific.

Simply put, Patintero: Ang Alamat ni Meng Patalo is a must-see. All it needed was to entertain, and that it did, with indisputable passion. – Rappler.com