In ‘Inferno,’ Robert Langdon returns: 7 fun facts about the movie Facebook Twitter Copy URL
Copied
Genius professor Robert Langdon is back on the big screen! His latest mission? Save the world from a modern-day 'extinction-level' event.

SINGAPORE – Seven years after Angels & Demons hit theaters, another film based on Dan Brown’s novels makes its way to the big screen. Longtime friends Tom Hanks and director Ron Howard collaborate once more on Inferno, to bring genius professor Robert Langdon back to the movies.

But this time, he battles a bout of amnesia, not remembering why he’s ended up in a Florence hospital, and why people are trying to kill him.

Still, he must uncover clues related to Dante’s Inferno in order to find a way to save the world from a modern-day “extinction-level” event.

Here are some fun facts about the film, opening Wednesday, October 12, in Manila:

1. Author Dan Brown is credited as an executive producer for Inferno.

2. The book contains a line that describes Manila as the “gates of hell,” which many Filipinos were less than thrilled at when the book was released back in 2013. The character of Sienna Brooks, played by Felicity Jones in the film, visits the Philippines and witnesses its extreme poverty and crime, and is also the victim of assault in Manila. (Read more about the “gates of hell” line in this story from The Guardian.)

3. 70% of the film was shot on location in Venice, Florence, Budapest, and Istanbul. 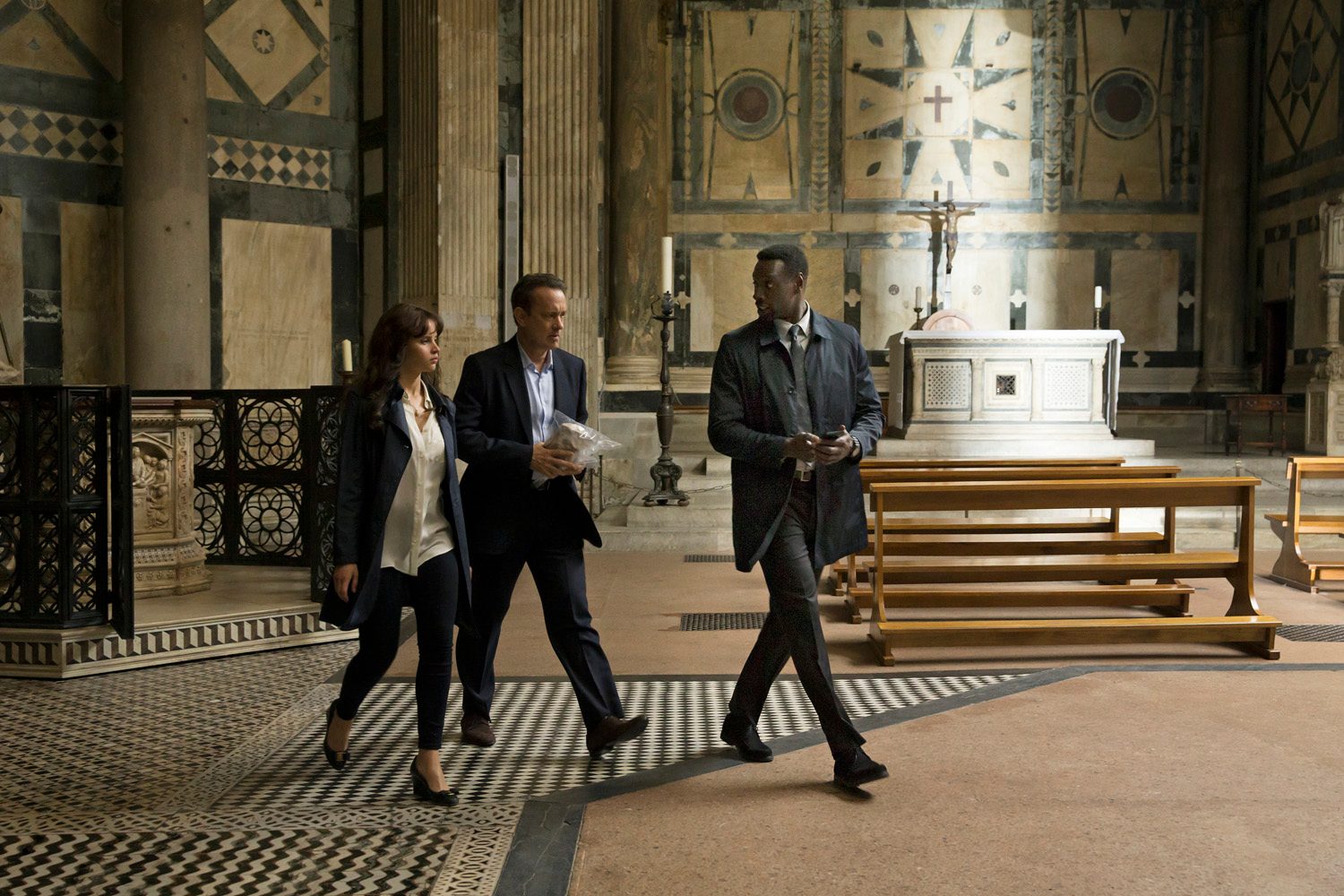 To protect the flooring in one of the locations, staff built a fake pool of blood made of silicone in the scene where someone falls from the ceiling of the Hall of the Five Hundred in Palazzo Vecchio, Florence.

4. Indian superstar Irrfan Khan plays the Provost of the Command Risk Consortium who must navigate shifting balances in his work. 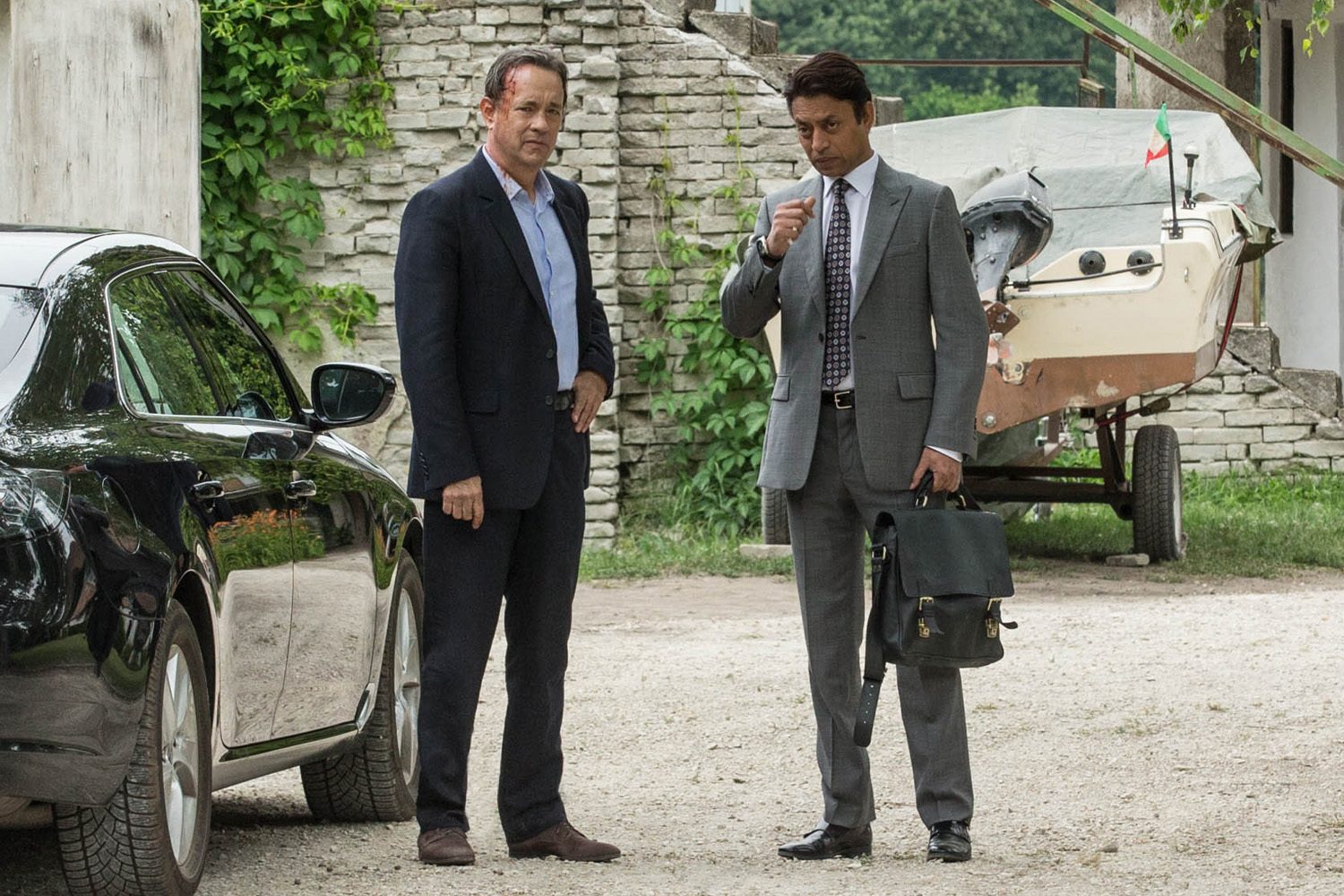 Khan says he was originally offered the character of Christoph Bouchard, played by Omar Sy, but preferred the Provost part instead.

“At that point in time in my career, I was not looking for that kind of part,” Irrfan told Rappler. “I was looking for something I was not familiar with, which gave me a scope to explore, to do some kind of research on it. So this part was more attractive to me.”

5. In the film, bioengineer Zobrist wants to unleash a virus that could kill millions.

6. Langdon gets a lot of scary visions of hell in the movie.

To film that, staff had to buy a whopping 9,000 liters of fake blood.

7. Asked which circle of hell is the scariest, Ron says the 9th. “You don’t want that ninth one. I mean, I don’t think you want any of them,” he said at a Singapore press conference. “The first level is, you know, kind of understandable.  We’ve all committed those sins and it’s uncomfortable, but you want to work your way through there as quickly as possible, or try to get out because you certainly don’t want nine.”

Meanwhile, Tom says he’d take having his head on backwards. “I would take the head turns backward on your body thing. What you got to do, really? You’ve got to sleep on your stomach? You know, I don’t see that as a big punishment for whatever sin it was. What is it? Usury or something like that? Your head’s on backwards. Big deal.”

And Irrfan? “He didn’t ask me, he knows I have a connection with hell. I’m in Heaven.”

Will you be seeing it in theaters? Let us know in the comments below! – Rappler.com