‘Saving Sally’ Review: Worth the wait Facebook Twitter Copy URL
Copied
It took 12 years to make 'Saving Sally,' and the result is an astounding achievement from the intrepid 'Sally' team, led by director Avid Liongoren

In an industry that thrives in quantity over craftsmanship, where filmmakers are required to deliver their work within the unrealistic timeline of a few months, Avid Liongoren’s Saving Sally is both a wonder and a rarity. (READ: An MMFF 2016 rundown: Why you should watch all 8 entries)

The film, which blends live action and animation in a story about a boy who is very much in love with a girl, took more than a decade to make, with intrepid Liongoren lovingly putting together the pieces in between projects. The film is finally finished, and while its making may prove to be the more complicated and intriguing story, Saving Sally on its own is something worth the wait. (READ: [MMFF 2016] Saving ‘Saving Sally,’ 12 years in the making) Ever since Sally (Rhian Ramos) rescued him from the school bully, Marty (Enzo Marcos) has been head over heels in love with her. Unfortunately, he’s more comfortable expressing his emotions through the many sketches of Sally that he keeps hidden behind his bedroom wall. Unable to tell Sally how he truly feels, he’s been relegated the role of best friend, the hapless conduit between his one true love and the alpha male (TJ Trinidad) she has chosen to be her boyfriend.

It’s a familiar storyline, one whose turns and grooves are the stuff that everyday romances are made of. This gives Liongoren the opportunity to create a world that outshines the ordinary, one where the streets of Manila are littered with monsters of various shapes and sizes, and heightened emotions are portrayed through charming animation. 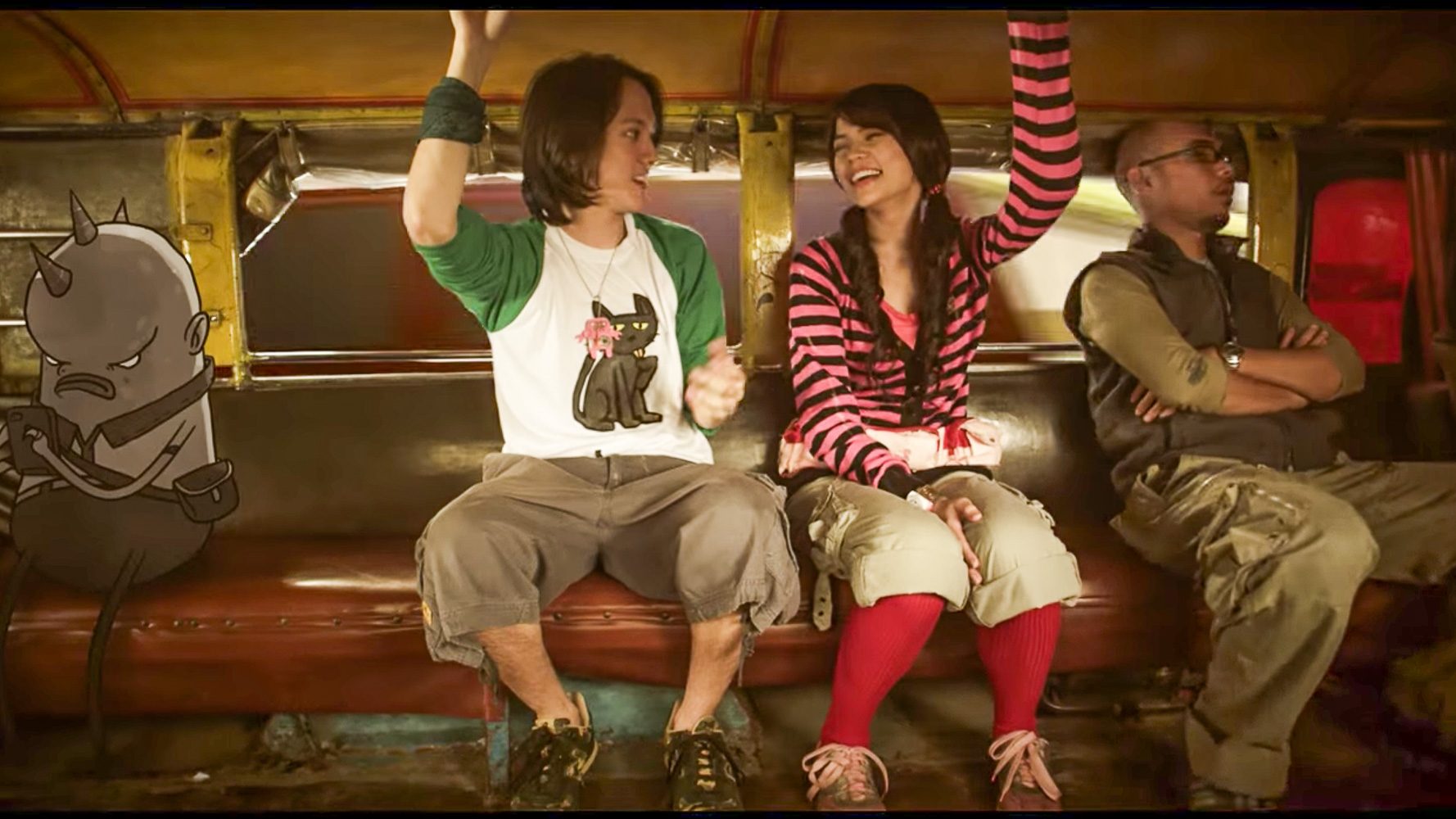 Saving Sally champions simple love made profound by the inability to express it in the most straightforward of ways. It is a film that stands for the underdogs.

Liongoren goes for bliss, for pleasure, for unabashed celebration, instead of a new take on love. If the film more than resembles the standard fairy tale where the boy wins his princess only because he saves her from some danger, it is only because this is the type of romance that exists in literature and pop culture as close to perfect, the type of romance to aspire for, to fantasize about. Still, Sally participates in her own saving, albeit with Marty’s help – and earlier in the film, she saves him, too. Saving Sally is the type of escapist entertainment that doesn’t pander to the most basic of sensations. It doesn’t take shortcuts with lowbrow humor or shoddy crafting. The film makes sure that whatever fuzzy feeling one gets when the guy wins his girl is earned and deserved. The film comprehends not just the joys of loving, it also touches on the pains and aches that are associated with it. If only for the effort in finding ways to finish the film when almost everything seems to be working against it, Saving Sally is an astounding achievement. Thankfully, the effort matches the product, with the film turning out to be a sweet and lovely confection made indelible by the whirlwind of color and creativity. – Rappler.com